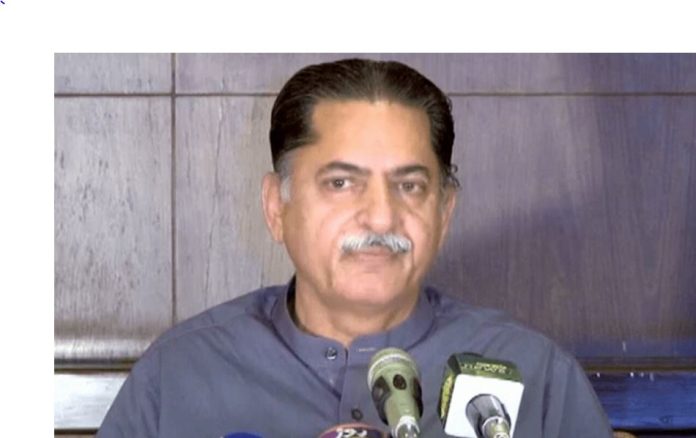 ISLAMABAD, AUG 15: Federal minister Javed Latif on Monday claimed that PML-N supremo Nawaz Sharif — who is in a self-imposed exile in London on medical grounds — would return to the country in September.

Addressing a press conference in Lahore, Latif said a “level playing field” in Pakistani politics was impossible without Nawaz’s presence. He said the people had expressed their opinion and now wished for Nawaz’s return.

Latif said the PML-N would not allow the party chief to go back to jail upon his return, explaining that the party felt “injustice” was committed against it. He alleged that Nawaz was disqualified on the instructions and directions of former chief justice of Pakistan Saqib Nisar.

Latif criticised PTI Chairman Imran Khan, and questioned whether those who had “removed” Nawaz and facilitated Imran’s rise to power had still not learned their lesson.

“Some people are still pulling his (Imran) strings today. We know everything.”

Latif alleged that Imran still had the support of “a few people”, adding that he would not have come to Banigala otherwise and would have instead stayed in Khyber Pakhtunkhwa.

“He came to Banigala after 15 days when he got cover.”

Responding to a question, the federal minister said the PML-N did not want friendship or enmity with those who “made governments and broke governments” and the party had a clear stance that it wanted all institutions, including politicians, to operate within their legal and constitutional limits.