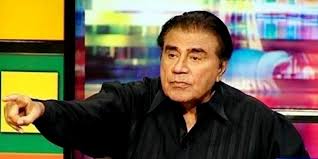 According to his family, he had no illness. He was taken to hospital for throat problem where he died. He was host of the renowned programme ‘Nelaam Ghar’. His first progrmme ‘Bazm-e-Tariq Aziz’ was started in 1974.

He also remained an MNA from 1997-1999. He was conferred Pride of Performance for his excellent services in 1992.