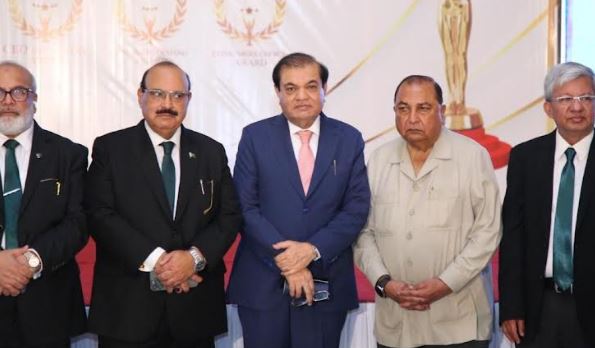 The livelihood of the people living in these areas should be managed otherwise things may deteriorate, he said.

Mian Zahid Hussain said that unemployment can be reduced in these remote areas by establishing legal border markets.

Talking to the business community, the veteran business leader said thatPak-Afghan trade has also drastically decreased due to ignoring the recommendations of the Khyber Chamber, South Waziristan Chamber and other chambers of Khyber Pakhtunkhwa, which are the main stakeholders of Pak-Afghan trade.

The trade balance has gone in favour of Afghanistan, which is a big question mark, he added.

Mian Zahid Hussain said that the Taliban government has been recognized by only a few countries due to which its political and commercial contacts have become very limited.

In these circumstances, it was natural for Afghanistan to become dependent on Pakistan and to increase trade, but despite this, trade between the two countries is not increasing but decreasing.

The business leader noted that Pakistan’s rice, construction materials, industrial raw materials, molasses and other sectors are affected by the nearly thirty percent reduction in Pak-Afghan trade, which is against the country’s interests.

Due to the energy crisis, Pakistan is importing cheap coal from Afghanistan instead of other countries, which is not giving any relief to the people even though the production cost of the coal-using industries is reduced.

Currently, about three thousand tons of coal is being imported daily from the neighbouring country as earlier Pakistan used to meet its coal requirements from Australia, Indonesia and South Africa.

He said that innumerable security check posts, weak administrative infrastructure, delays in the documentation process and lack of coordination among various agencies working along the border are the obstacles to the growth of Pak-Afghan trade. The trade framework between the two countries needs to be completely changed, he demanded.