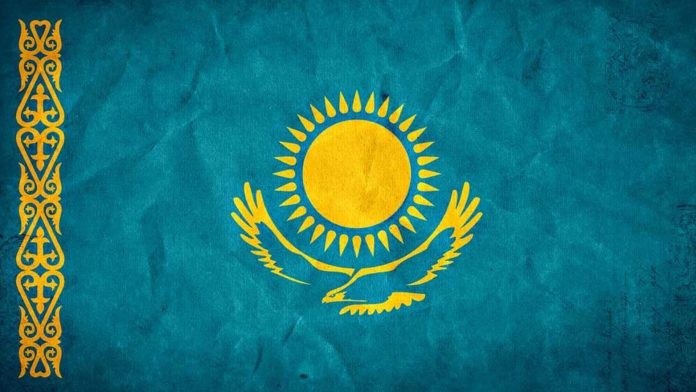 NUR SULTAN: On the 5th of June, Kazakh citizens will head to the polls to vote on the package of reforms intended to transform the country from a super-presidential system to a “presidential system with a strong parliament”. While the result of the referendum may not be in question, this exercise is still worthwhile. Furthermore, the proposed changes come at a critical time at many levels: domestically, regionally, and internationally.

The reform package addresses 33 separate articles of the Constitution – about one third of the total. Some are progressive and substantial, others of a more populistic and symbolic nature. In any case, the proposed reforms are important steps towards an upgraded state model and a revised format of interaction between state and society.

There is little doubt (judging from opinion polls) that the majority of the population supports the holding of the referendum, even if the time for citizens to study in detail the entire range of proposed reforms, and to therefore make a fully informed choice, has been rather limited, since the date of the referendum was announced.

It represents the first step towards the dismantling of the super-presidential system which was enshrined in the 1995 Constitution and further consolidated in subsequent constitutional amendments. The current package of reforms is not about a radical overhaul in the governance system of Kazakhstan (the President is still expected to determine the main directions of domestic and foreign policy, national security and defence), but rather a gradual change to the system, the redistribution and revision of competences between the three branches of government, and the liberalization of the political system at all levels. It constitutes one step on a long road of reform.

The old model of “economy first, politics later”, useful in the early stages of independence to consolidate Kazakhstan’s recently obtained statehood, has, three decades later, clearly exhausted itself and outlived its usefulness. In my opinion, President Tokayev believes that further economic development is no longer possible without gradual political modernization. The emphasis on graduality is important here, because we have seen examples around the world (e.g. colour revolutions, the Arab Spring, etc)  of how explosive and unsystematic political liberalisation can also lead to destabilisation and fragmentation of statehood.

The tragic events of January 2022, among other things, exposed the demand for greater change in Kazakh society. One of the outcomes of the January events is that President Tokayev managed to sideline those (previously) influential elite forces who sought to maintain the status quo and therefore to block (or slow down) his political and economic reform initiatives.

Kazakhstan under President Tokayev already saw some hints of reforms during his first three years in power, when he, for example, reduced the formal criteria for the creation of political parties; and setting the base for the gradual building of a democratic political culture by introducing direct elections of district and rural akims (mayors) in his May 2021 reform package.

Most importantly, the current package of reforms intends to redistribute the balance of powers of the executive, legislative and judiciary branches. Several of the proposed measures in the current package give parliament more powers vis-a-vis the President. As a side note, the parliament will remain bicameral, but whether unicameral or bicameral, the most important rule of democratic constitutional order is that political power is clearly divided among the different branches of government, which is what the package ultimately intends to achieve.

The distribution of power between the upper and lower houses will shift somewhat, with the Senate no longer having the power to make new laws but simply to approve or reject laws passed by the Mazhilis. The composition and formation of both houses will also change, with the Lower House reduced to 98 deputies, following the abolition of nine seats appointed by the Assembly of the Peoples of Kazakhstan (AKP) – this is substantial because the artificial AKP quota in the lower house was at odds with the OSCE Copenhagen Document which states that “all seats in at least one chamber of the national legislature should be directly elected in its entirety in a popular vote.” Under the proposed reforms, this will now become a reality in Kazakhstan.

The Mazhilis deputies will be elected according to a mixed system lower house which should more accurately reflect the electoral / ideological landscape of the entire population. Lastly, the parliament will gain greater oversight and control over the budget.

These are probably the most substantial elements of the package, simply because the role and place of the legislative power in the structure of political institutions of society (and its ability to have a real impact on day-to-day political decision making) serves as a kind of indicator for the degree of a country’s advancement along the path of political modernization.

Other measures are also worth highlighting. Kazakhstan will see increased independence and impartiality of several bodies. A case in point is the Central Election Commission, which will have independent professional management and whose chairman and members shall not be allowed to have a party affiliation.

The legislative branch is also strengthened with new constitutional mechanisms to protect the rights of citizens: the establishment of the Constitutional Court will give Kazakh citizens the right to appeal directly to protect their rights. Moreover, the role, duties, and responsibilities of the Prosecutor General’s office and of the Human Rights Ombudsperson will be clearly outlined in the Constitution.

As with all reforms, the biggest challenge will be the implementation, which will be not an easy task considering the difficult economic and geopolitical environment.

The June 5 referendum is not an end in itself; political reforms are always works in progress, even in consolidated democracies. In Belgium, for example, there have been six rounds of state reforms in the post-World War II era, the last one dating back from 2012-2014, which have altered the balance of power between central and regional governments; as well as the division of roles between the Chamber of Representatives and the Senate.