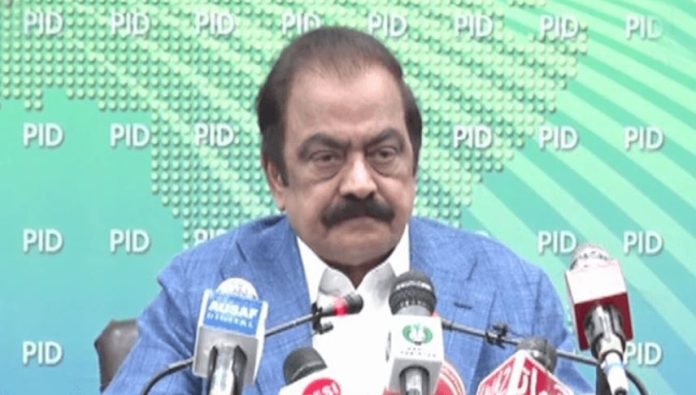 ISLAMABAD, NOV 18: Interior Minister Rana Sanaullah on Friday said the matter of the next army chief’s appointment would be settled in a “day or two”.

In an interview with Geo News show ‘Naya Pakistan’, Sanaullah said: “I believe the prime minister has completed this process (of consultation about the army chief appointment) and will bring it to paper, today or tomorrow or the next two days, [it] takes no time.”

Upon further questioning, the interior minister seemingly reproached the interviewer and said: “I will also request you that this is a matter of a day or two so don’t ask questions which can lead to unnecessary speculation,” adding that in his opinion there “is not a lot of time left to this decision and it will come before you”.

Sanaullah said that a further delay in the matter would not be “appropriate” and the next army chief would be appointed in the next two days.

The interior minister also alleged that the purpose of the PTI’s march to Islamabad was the army chief’s appointment, rather than snap elections. “The long march is not really present anywhere — it’s only on the media,” he added.

Earlier today, former president Asif Zardari said that he strongly believed in the procedure laid out for promotions in the army.

Commenting on the appointment of the next army chief, the PPP co-chairman added that all three-star generals were equal and fully qualified.

“The army chief’s appointment should not be politicised at any cost,” he said, adding that making the process political would harm the institution.

Zardari said that Prime Minister Shehbaz Sharif would make the decision about the next army chief in accordance with the law.