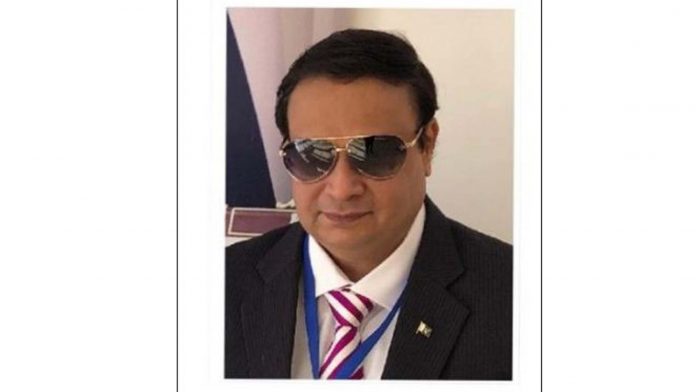 Nizomiddin Mir Alisher was a charismatic character who had unique human traits ranging from personal humility to service of larger humanity, compassion to immense community development, inner peace to robust people’s prosperity, harmony to sign of hope to depressed and dejected people, spirituality to sustainable economic development of general masses and philosophy to philanthropic projects (mosques, madrasas, hospices, bathhouses, guesthouses, bazaars) which ultimately transformed him into larger than life personality.

Alisher Navoiwas a great poet of Central Asia and of the greater Turco-Persian world. He advanced the use of Chagatai as the language of arts, challenging the undisputed role of Persian at that time.

He was maestro of human psychology and champion of conflict resolution through his everlasting literary works, motivational sermons and people-to-people contacts. He was vivid reflection of rare combinations ranging from genuine scholar to statesman craft-ship, fictions to hard facts of life, governance, human life, commercial equations, social reformer to immaculate administrator and last but not least, wisdom to wealth he remained beneficial, positive and productive to his people, community and of course state.

AlisherNavoiis a legendary personality of Central Asia. He left numerous spiritual heritages which is still the pride of world humanities and libraries. The republic of Uzbekistan celebrated his 580thbirth anniversary of the famous medieval poet, statesman and thinker Alisher Navoi.

AlisherNavoi is the glorious son of the Uzbek people.His biography has had been mesmerizing many historians and orientalists and literary critics. Since childhood he absorbed the beauty and refinement of literary language Farsi and utilized it up to perfection. While studying at school, he was fond of reading poetry, especially admiring the lines of Saadi’s “Gulistan” and “Bustan” and Farid ud-Din Attar’s poem “The conversation of the birds.”

AlisherNavoi was the first outstanding poet who was full of life, colors, excitement, aims, ad founder of the Uzbek language, its richness and elegance. He had nearly 30 poetry collections, major poems, prose, and scientific treatises.

AlisherNavoi’s creativity is still so attractive and relevant throughout the world. His work has been translated into English, French, German and many other languages.

At the initiative of the Head of State the Year of AlisherNavoi was declared in 1991. The complete works of the poet were published in twenty volumes. Numerous majestic monuments of ancestor were built over the past period in the country and abroad. A large number of international conferences, devoted to the works of AlisherNavoi were held in the republic, as well as in the countries such as France, Belgium, Japan, Russia, USA, Germany, Kazakhstan and many others.

Navoi’s splendid works was full of prosperity of the people, the achievement of peace and tranquility of the Timurid state, the perfect system of upbringing the nation, and the spiritual and natural scientific and living manifestations of humanity and perfect morals at that time.

The holistic themes of humanistic patriotism in the works of Navoi  still inspired all worlds. He respected mothers and always said under the feet of mothers, the garden is a paradise and the soul.

He disseminated morals lessons in very simple and practical ways and tried to educate his people about good manners, decency, cooperation, forgiveness, sacrifice and submission. He upheld the need of rationality, fair-play, social justice and modesty while meeting with other people.

Navoi was dedicated to serving the people, the homeland, the development of science, art, and literature. Alisher Navoi in the book “Mahbub ul-kulub” categorized people into two main groups i.e. good and bad temper. He termed haughty man with anxiousness. He showcased that pearl of desire makes the poor person rich. He outlined salient features of a great man in “Compassion and Discipline,” having golden qualities of humbleness, generousness,lovingness, compassionatness, respectfulness, dignified and virtuousness.

Navoi considered arroganc, pride, boasting, humiliation, and insult bad for human relations. Alisher Navoi was motivational figure who encouraged people to work hard to achieve dreams, showed patience in times of crises and be ready for sacrifice to achieve eternal peace and harmony. He institutionalized human intelligence, rational thinking, independent thinking, spiritual awakening, or mental alertness to cope with challenges of life with zeal and zest. He hated ignorance, bad manners, greed and rebelliousness in the society. He was icon of modernization and purity of ethics.

He disliked human spirits of disharmony, distrustfulness, dishonesty, disloyalty, disorientation, despicableness and destruction. He termed bribery and corruption bad for community and state alike thus institutionalized spirits of transparency, honesty, checks and balances and good governance. Throughout his whole life he educated people about community development, and enlightenment.

He was a mystic, a Sufi poet, a travelogue writer, a play writer, a historian, a philosopher, an administrator and even a builder. He was father of modern Uzbek language and a beacon for poets, writers, linguistics, historians and philosophers of Central Asia as well as of South Asia.

He influenced almost every classic poet, play writer and story teller of Urdu language. Ghazal was actually a gift of Alisher to subcontinent literature. The Ghazal spread into India under the influence of the Mughals and mostly through Sufi mystics.

Classic Urdu writer Syed SajjadHaiderYaldram wrote travelogues by following technique of Alisher while play writers in Urdu and even in Hindi languages were very much under the influence of Navoistyle. Critics believed that most popular plays of Urdu language including “Rustom O Sohrab” written by Agha Hashar Kashmiri and “Anarkali” written by Syed Imtiaz Ali Taj followed scene writing style of Alisher Navoi.

Moreover, Sufi poets like Baba Bulleh Shah, KhawajaGhulamFarid, Mian Muhammad Baksh, Sultan Bahu, Shah Hussain and Waris Shah could not resist to get the influence of mystic poetry of Alisher Navoi because all classic poets of Urdu and Punjabi had knowledge of Persian and little knowledge of old Uzbek language therefore the work of Alisher Navoi was not unfamiliar to them.

He was introduced to subcontinent by Mughal Emperor Babur who was actually founder of the Uzbek dynasty of subcontinent. Babur wrote one of the first autobiographies among Islamic rulers, the epic “Baburnama”. He was influenced heavily by Navoi and even included his respect for the writer in this famous book.

Ali Shir Navoi was magician of words and great social reformer. He was champion of conflict resolution and master of human intimacy and interaction. He was great thinker and man of tenderness. He was stylish yet very simple to spend his whole life in simplicity. He was resourceful and responsible too.

He was ideal combination of human spirits and spirituality, poetry and human prosperity, imagination and structural realism, fictions and conflicting facts of the life, generosity and good governance, scholarship and statesmanship, creativity and massive community development, inspirations and interfaith, teamwork and tolerance, hope and harmony, dignity and development, positivity and productivity and connectivity and continuity.

To conclude Ali Shir Navoi preached message of humanity, hope, harmony, decency, development and service, submission and sacrifice. He was a great poet, thinker, philosopher and administrator who ruled on the hearts of his people and community through his philanthropic projects. He was the real son of the soil of Uzbekistan.