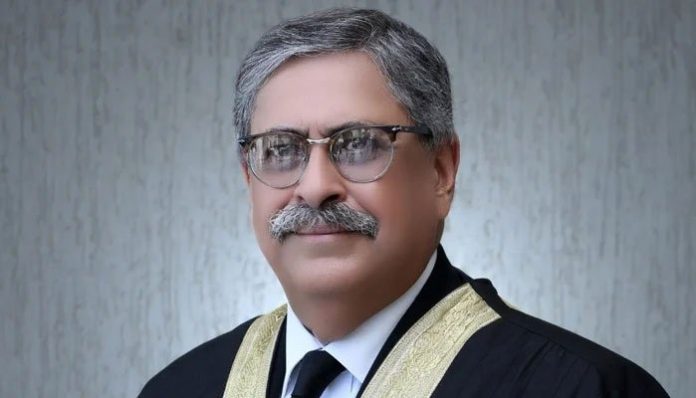 “Expats have not been deprived of their right to vote either in the former or existing laws,” Justice Minallah remarked during the hearing of a plea against the National Assembly bill revoking the Election Act, 2017 amendments that allowed the overseas Pakistanis to vote in general elections.

Under the Elections (Amendment) Bill 2022 passed by the NA on May 26, the Election Commission of Pakistan (ECP) will launch a pilot project for overseas Pakistanis to cast their votes in by-elections, before finally introducing the reform.

During the hearing today, lawyer Arif Chaudhry appeared before the court to represent the petitioner, Dawood Ghaznavi.

Justice Minallah observed that, prima facie, the former government’s amendments to the Election Act, 2017 were not in line with the Supreme Court’s verdict. However, he said that the new amendments haven’t abolished the expats’ right to vote.

“Neither of the amendments deprived overseas Pakistanis of their right to vote. Only the method of voting has to be decided for expats,” the judge said.

Later, the court adjourned the hearing till Friday.

The PTI government had made multiple amendments to the Election Act, 2017, on November 17, 2021, including granting overseas Pakistanis the right to vote electronically and the use of electronic voting machines (EVMs) in general elections.

Then adviser to the prime minister on parliamentary affairs Babar Awan had presented the Elections (Second Amendment) Bill, 2021 to bring about the required amendments in a joint session of Parliament.

On May 26, the PML-N-led coalition government helped pass the Elections (Amendment) Bill 2022 from the National Assembly, revoking all amendments made by the previous government.

Later, the Elections (Amendment) Bill 2022 was challenged in the LHC.