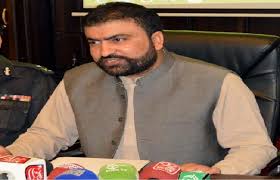 QUETTA : An additional sessions court here on Friday issued non-bailable warrants for the arrest of Senator Sarfaraz Ahmed Bugti in a case related to aiding and abetting the abduction of a minor girl.

The court directed Quetta police to arrest the accused and present him in the court.

The arrest warrants came a day after the Supreme Court rejected Bugti’s plea for interim bail. A two-judge bench of the apex court, headed by Justice Mazhar Alam Miankhel, had dismissed the bail plea yesterday.

Quetta’s Bijli Ghar police station had registered a case against the former Balochistan home minister over his alleged role in the abduction of a girl on her mother’s complaint.
Earlier, on Jan 16, the additional sessions court turned down Sarfaraz Bugti’s bail application in the case and ordered his arrest. He, however, fled the court. Later, he approached the Balochistan High Court for bail.

The high court granted him pre-arrest bail but later rejected it on June 23. Subsequently, he, as a last resort, moved the Supreme Court requesting it to grant him interim bail in the case.