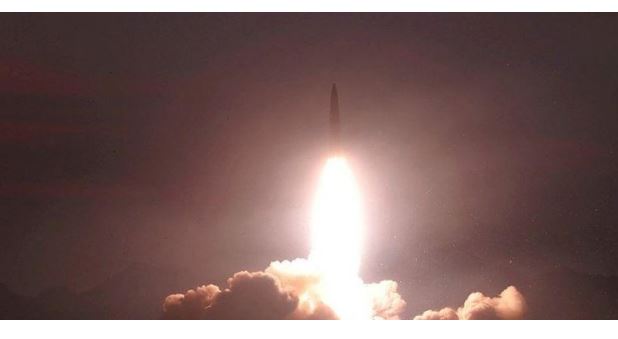 The top diplomats of Japan, South Korea and the United States declared their unity against North Korea on Saturday after a series of ballistic missile launches by Pyongyang.

After a day of meetings in Honolulu, US Secretary of State Antony Blinken, South Korean Foreign Minister Chung Eui-yong, and Japanese Foreign Minister Hayashi Yoshimasa condemned the series of seven launches as “destabilizing” in a joint statement.

Pyongyang needs “to cease its unlawful activities and instead engage in dialogue,” they said.

“The DPRK is in a phase of provocation,” Blinken told a press conference alongside his fellow foreign ministers, using the acronym for the Democratic People’s Republic of Korea.

“We continue to work to find ways to hold the DPRK accountable,” he said, citing the most recent sanctions slapped on eight people and entities tied to the North Korean government.

The three diplomats reiterated their commitment to the denuclearization of the entire Korean Peninsula, and readiness to resume talks with Pyongyang, which has not responded to overtures from the administration of US President Joe Biden in the past year.

“The Secretary and Foreign Ministers emphasized they held no hostile intent towards the DPRK and underscored continued openness to meeting the DPRK without preconditions,” they said in the statement.