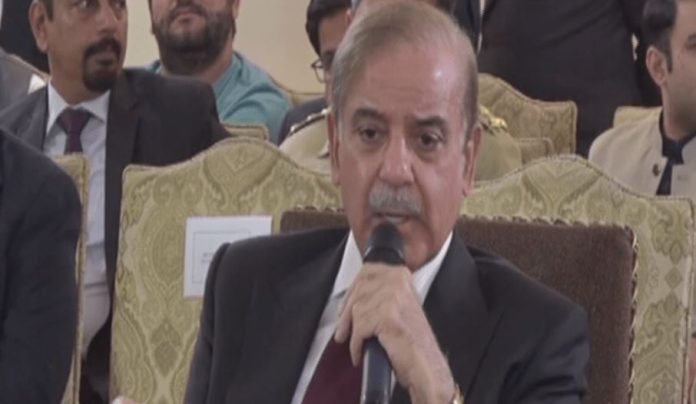 ISLAMABAD, OCT 3: Prime Minister Shehbaz Sharif on Monday issued a rebuke and expressed visible frustration after finding inadequacies in a dashboard built to monitor flood relief assistance, pointing out that it lacked real-time updates and was not of international standards.

The prime minister refused to inaugurate the event and remained seated as he outlined his primary objection with the dashboard, saying that it was not being updated in real time.

“If real-time information doesn’t arrive in this then it’s of no use. Then we are wasting each other’s time. I’m not going to inaugurate this today,” he said when informed that data from the meteorological department was not yet integrated with the dashboard.

“This should be trashed,” he said before clarifying that it was a light-hearted comment. “I’m not negating your effort but this is not the dashboard we all imagined. This is a stationary thing in which you fill in figures.”

The prime minister mentioned a different dashboard that monitors dengue hotspots and said it provided “active information” and was based on a “proper structure”.

“This (flood dashboard) is not something the nation or I want. It lacks in many ways [and] it is deficient to our requirement,” the prime minister said as he reprimanded the officials concerned.

He also complained that the dashboard was not fast enough, adding that a lagging portal would not reflect the loss suffered due to the floods as well as the government’s efforts to mitigate their fallout.

The prime minister said that with upcoming international conventions and moots on the horizon, he wanted the dashboard to be of a certain standard and in line with modern expectations.

Shehbaz suggested that the project could be “provisionally” launched today but officially launched next Monday after incorporating his suggestions and criticisms.

Planning Minister Ahsan Iqbal, Information Technology Minister Aminul Haque and other officials tried to assuage the situation and placate the premier’s concerns about the portal.

The prime minister was assured by the officials that they would resolve the issues he had outlined and convert the dashboard into a real-time platform in a week’s span.

Shehbaz told the two federal ministers to take all the help they needed but develop a “world class” dashboard, adding that it would aid the government for decades to come and any “makeshift” work would be of no benefit.

The prime minister also took updates and briefings on various flood-related topics from officials at the event.