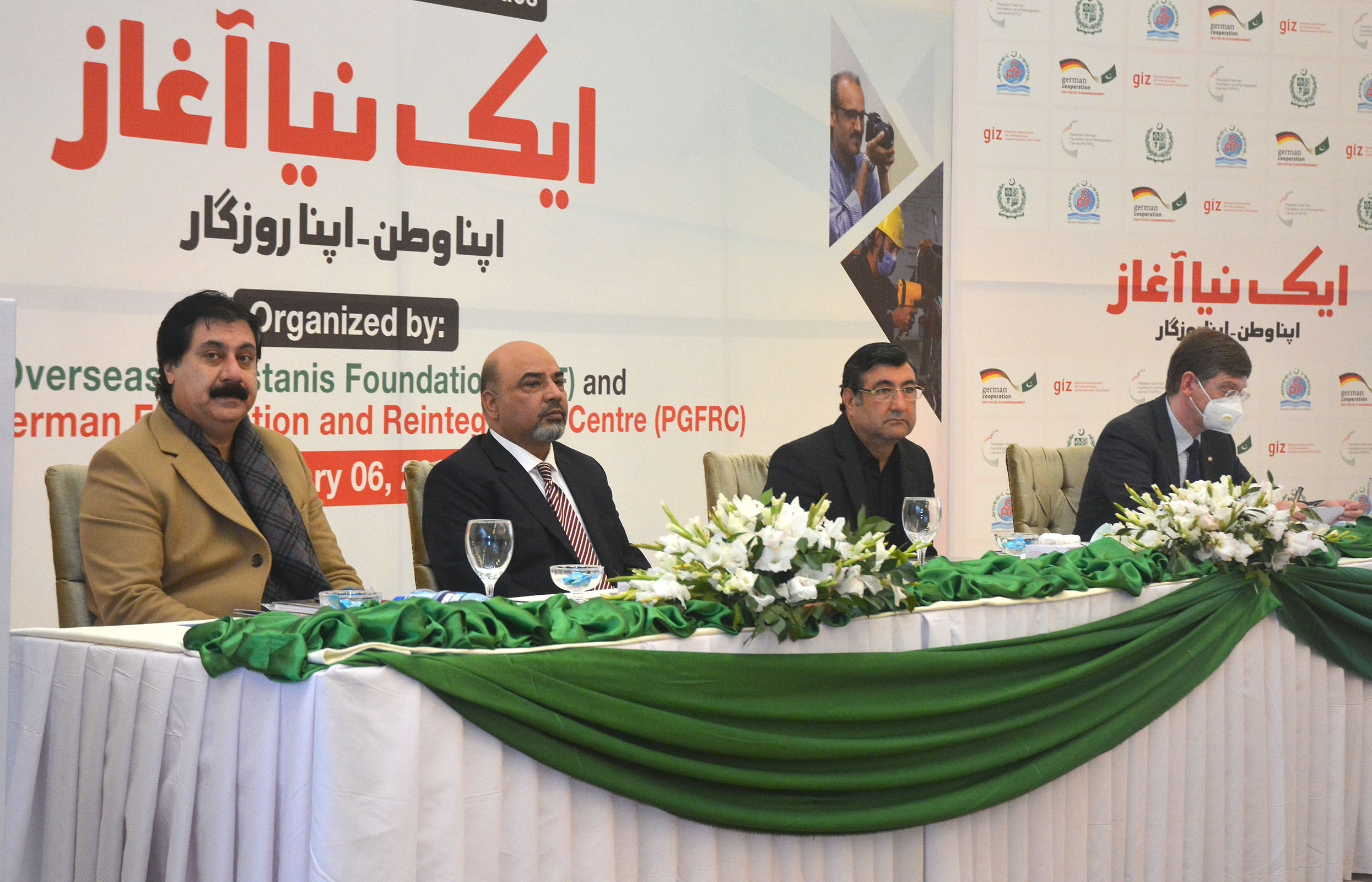 Islamabad , JAN 06 :  Overseas Pakistanis Foundation (OPF) in line with the vision of Prime Minster of Pakistan is developing the capacity of returning migrants and providing them with trade-specific toolkits as an In-Kind support to help them start sustained self-employment.

A ceremony was organized in Islamabad under OPF’s Pak – German Facilitation & Reintegration Centre (PGFRC) where toolkits were handed over to 82 returning migrantsin the fields of photography, culinary arts, motorcycle mechanic, electrician, plumber, carpenter, and mason. These returnee migrants had also completed a comprehensive business development training from PGFRC in their selected trades.

Mr. Muhammad Ayub Afridi, Advisor to the Prime Minister on Overseas Pakistanis &Human Resource Development said that today’s ceremony is a testament to the commitment of Government of Pakistan which considers overseas Pakistanis as its roaming ambassadors abroad and is actively engaged in resolving their reintegration issues in Pakistan. Ministry of OP&HRD, under the leadership of Honorable Prime Minister of Pakistan through OPF is working in a focused manner on this issue.

Dr. Amer Sheikh, Managing Director, OPF shared that MoU between German and Pakistani governments has been formalized at a very important point in time and is the start of new dawn in the area of support to the Pakistanis returning migrants as a result of the pandemic. This arrangement will support in counselling and introduction to employment or entrepreneurship measures.

The returnee Pakistanis who received their Tool-Kits expressed their gratitude to Ministry of Overseas Pakistanis & HRD/OPF for supporting them to make a new start and achievesustainable self-employment in Pakistan.