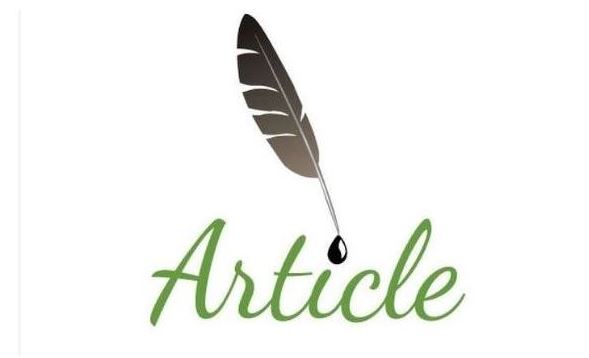 Islamic Banking and Finance Summer School and Product Expo is a comprehensive and well-structured annual program organized by The Centre for Excellence in Islamic Finance (CEIF)IMSciences Peshawar at NathiaGali, Abbottabad. I was at the liberty by the organizers to speak on any topic determining the role of academia in the promotion and expansion of Islamic finance in the Country. When I looked disinterestedly at this aspect I found an overwhelming tilt of academicians towards the banking sector which actually is a modern commercial component of the Islamic financial structure. Islamic financial structure remained part and parcel of historic Islamic economic system which ensured exemplary sustainable prosperity of super continental Islamic state for more than 900 years where once people were unable to find any deserving for zakat, which is one of the pillars of Islam in the form of obligatory charity with the literal meaning of the word being ‘to cleanse’, Muslims believe that paying zakat purifies, increases and blesses the remainder of their wealth.Incidentally three days program of the event also depicted the same inclination of all speakers except three.

I started my talk by presenting a real case of house financing by one of our colleagues through an Islamic bank almost five years ago. He met me after a year of availing house finance and complained that his instalment has increased,due to increase in the KIBOR,which was actuallyplanned as diminished. In the third year his instalment increased by more than 31% of first instalment he paid two years ago. Despite all Islamic jurisprudential justifications of benchmarking,the end user is suffering in terms of financial loss. We haven’t yet secured even 20% of the share in banking despite the fact that more than 95% population considers interest (riba)as prohibited according to the study titled “Knowledge, Attitude and Practices of Islamic Banking in Pakistan” generally known as KAP Study by the State Bank of Pakistan (SBP).It should be a deep concern for all those who are connected with Islamic banking sector that where we failed to fulfil expectations of masses to join Islamic banking. Banks are indeed based on profit-making to ensure appropriate returns for investment account holders (IAHs) which is probably the main indicator of their performance. But role of academia is entirely different; it is to develop required human resource, to groom new products and processes, to explore exciting opportunities, to identify potential segments and to provide novel directions.

In academia our all energies, intellect, efforts and resources are dedicated to the banking sector. Training programs, conferences, seminars, and roundtable discussions all are predominantly devoted to Islamic banking industry. Therefore flow of funds and relevant opportunities are also surrounding banking organizations. Same is true for those religious scholars who are linked with the sector because of job opportunities and attractive career. We as academicians miserably failed to promote and develop other key constituents of Islamic financial system. We also failed to explore some important permissible financial solutions from the mainstream financial system, which I discussed in my article published earlier this year.

Waqf is a major component of Islamic financialsystem which traditionally created a parallel economy in Muslim societies.Propertyof any kind permanently dedicatedfor any purpose recognized by Islam as religious, pious orcharitable and property permanently dedicated for the purposes of a mosque, takia, khankah, dargah or other shrines are called waqf properties. Madrassas are usually established in mosques; therefore madrassas are automatically covered under Waqf Properties Act 2020.

According to a report published in 2015 there were 3.5 million students enrolled with 35,337 madrassas in Pakistan. On the other hand, in 2017-18, there were 186 universities, with 56.9 thousand teachers, in the country, with a total enrolment of 1.6 million.This suggests significance of madrassas and waqf properties in Pakistan. Surprisingly per annum expense per student in a madrassa has been estimatedRs. 5714 rupees in 2004 and if we multiply this amount with four with the reference of the exchange rate of USD it becomes 22856 rupees nowadays means less than Rs. 2000 per month even today in such a high inflation including boarding & lodging. Irrespective of discussions about indoctrination in some of the madrassas, just imagine the scale and value of service which these madrassas are extending to the society by imparting education to millions of children of our nation. It was the responsibility of modern-day universities and academicians to bridge the gap between madrassas and the mainstream education system. Universities should have developed projects, internships, or FYPs, as a part of requirement to complete degree programs to spend a few weeks in madrassas to impart contemporary education to the students enrolled in madrassas. Besides other core expertise in religious responsibilities I personally noticed excellence in madrassas in calligraphy, poetry and prose writing. If universities had proposed internship programs or can start even now they can significantly contribute to neutralise indoctrination and assimilate students of madrassas to the mainstream in the society.

Anyhow, I want to draw attention to the modifications in the regulations forwaqf properties and institutions established in waqf properties or being governed by the proceeds of waqf properties. I am in favour of registration and regulations for appropriate and transparent administration of madrassas; but something which is not existing in modern-day educational institutions why that is being introduced in latest waqf regulations for madrassas e.g. appointment of administrator from outside the madrassa or any institution covered under Waqf Act 2020. The purpose of transparency, diversity, merit, and compliance can be achieved through broadening the governing board of such kind of institutions. There can be several external members such as a representative of local government, education department, police, district administration, a representative from another madrassa and so on as we do in regulatory bodies of universities. But how can we justify the appointment of an administrator by the government? It is simply an effort to curb autonomy of madrassas when government is not contributing even a penny to madrassas for their expenses. Government certainly has the right to ensure rule of law in every operation taking place in the country but that can be achieved without curtailing basic rights of any institution or an individual.

Zakat and ushrbudgets and heads indicate significant importance of this component of Islamic finance. Last year budgets of three provinces (KPK, Punjab and Sindh) collectively remained around 8318 million rupees, which is a significant amount collected through official channels. According to a report published in 2013 the amount of privately distributed zakat not channelled through any government institution is three times higher than the officially collected amount, it means approximately 32000 million rupees disbursed this year as zakat making it a huge contribution for social uplift of disadvantaged population. The budget documents of these provinces suggest that receipts from zakat and ushr are distributed in four main areas including guzara allowances (social welfare), healthcare, educational stipends (deenimadaris and technical education) and marriage assistance. We never thought of any impact analysis of this extensive disbursement or alternative effective and efficient model. There is a significant need to authenticate existing practices of zakat and ushr collections and distributions because mostly people avoid giving zakat through official channels. Academicians have to make it a priority to study this important segment of Islamic finance to enhance confidence of masses on the system. We also need to facilitate the government to announce any scheme such as tax benefits to give zakat and ushr through official channels for greater transparency and social impact.

We shouldextend our endeavours beyond Islamic banking to explore more avenues to strengthen Islamic finance to evolve Islamic economic infrastructure for the stability and sustainability of our society.