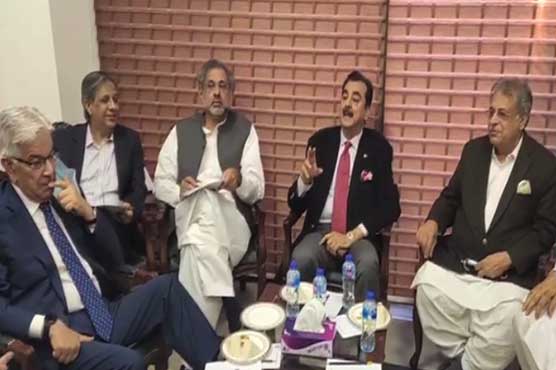 ISLAMABAD , NOV 09 :  The opposition has decided to give tough time to the federal government in National Assembly (NA) on legislation.

The opposition leaders reviewed strategy regarding the joint sitting of Parliament in the session.

The opposition also said that they will not allow Prime Minister Imran Khan himself and his ‘corrupt government’ to take NRO and the government s anti-people agenda will be resolutely opposed during the joint sitting of the Parliament. “The opposition’s joint strategy against the government, who increased inflation across the country, has been prepared,” they added.