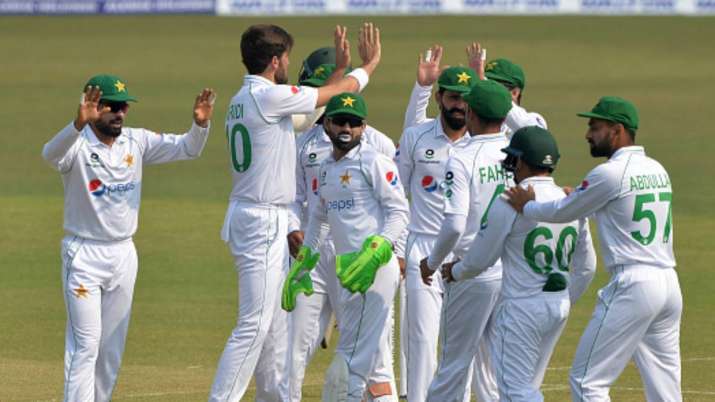 DHAKA , DEC 08 : Sajid Khan bagged his career-best 12-128 as Pakistan completed clean sweep against Bangladesh after sealing the second Test against them by an innings and eight runs here at Shere Bangla Stadium.

Taking the field on Day 5 with Bangladesh at 76-7, Pakistani bowlers dominated throughout. Sajid bagged two more wickets on the last day to complete his best figures (8-42) in a Test inning.

Bangladeshi batters could only add 11 runs to their first innings total on the last day. The hosts were enforced a follow-on.

Coming out to bat again, the Bangladeshi top-order failed yet another time, losing four wickets for just 25 runs. This time Shaheen Shah Afridi and Hasan Ali did the job, bagging two wickets each to reduce Bangladesh to 25-4.

Mushfiqur Rahim and Liton Das carried their way out for Bangladesh and scored well-fought 73 together. But, it was Sajid who bagged Das to provide a much-needed breakthrough to Pakistan. Das scored 45 before his departure.

Mushfiq then partnered with Shakib Al Hasan to score 49 but he remained unlucky to get run out. He made 48 with the help of three boundaries.

Shakib (63) was fighting hard but Sajid was on top of him during the day’s twilight phase. The wicket was priceless as it took Pakistan closer to sealing the Test series 2-0.