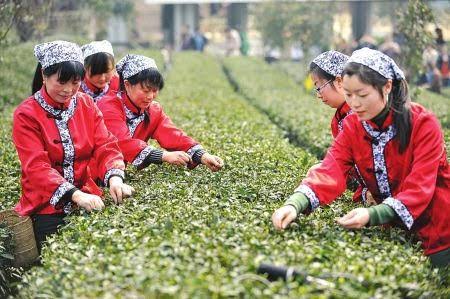 As potential suitable sites and land for tea cultivation are located alongside China-Pakistan Economic Corridor (CPEC), therefore, China has a big role to play in promoting tea on a commercial scale through joint ventures and technical and financial support, experts said.

China from the beginning has played a crucial role in tea promotion in Pakistan. With the technical and financial assistance of China, at Shinkiari in Mansehra, Pakistan Agricultural Research Council (PARC) established a tea estate of over 50 acres along with green and black tea processing units, but it is yet to be adopted by the private sector on a sustainable basis.

Tea plantation and processing have already proved successful in northern Pakistan. However, its commercialization under the market mechanism needs decision-makers’ attention.

According to the online data platform Observatory of Economic Complexity, Pakistan imported $646 million worth of tea in the fiscal year 2019-20, largely from Kenya.

In view of the growing population and increasing consumption of tea in Pakistan, the government is working out a plan to commercialize tea cultivation for curtailing the import bill to this effect.

Talking to media, Federal Minister for Planning and Development Ahsan Iqbal said on Thursday that a huge chunk of foreign exchange is spent every year on importing tea in Pakistan. If local tea production is promoted, the country’s import bill could be significantly reduced.

The minister visited National Tea & High Value Crops Research Institute (NTHRI) at Shinkiari, Abbottabad and had a briefing on tea cultivation, its processing and commercialization in Pakistan.

He said that Pakistan could not attract foreign direct investment in the tea industry despite huge domestic demand. Neither it is advanced in research & development on tea production.

Earlier in his tweet the planning minister mentioned that Pakistan is the largest importer of tea in the world, racking up an import bill of whopping $589.8 million in 2020 alone.

Tea has emerged as a major import commodity and is draining huge foreign exchange every year. Local tea production is fast becoming a matter of urgency as domestic consumption of tea will increase by another 10% in the next five years, the experts added.