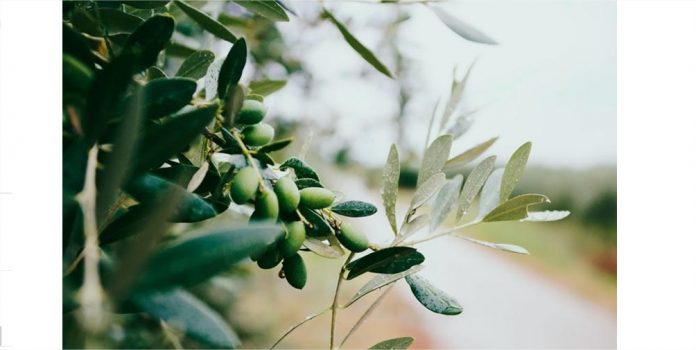 ISLAMABAD, July 29 : Pakistani olive oil producers are preparing to enter the global market as 27.5 million olive trees on more than 30,000 acres of land have been planted.The plantation extends through Punjab, Khyber Pakhtunkhwa, Baluchistan, Islamabad and Azad Kashmir, says a report published by Gwadar Pro on Wednesday.

Pakistan has 10 million-acre suitable land for olive plantation, almost double than Spain which is currently the largest olive oil producer in the world.With an increase in the area under cultivation, Pakistan is passing through a silent revolution of olive oil production.

The sector is rapidly moving the country towards self-reliance by introducing Pakistan’s national brand under the name of ‘Pak Olive’ by 2021.According to the report, the Pakistan Olive Oil Council will be established under the Ministry Of National Food Security and Research to suggest policy measures for the promotion of olive oil in the country.

Muhammad Tariq, director of Pak Olive said that within the 2019/20 season, the estimated olive oil production capacity in Pakistan will reach approximately 1,400 tons. By the year 2027, production is expected to reach 16,000 tons.The government also plans to issue certifications for the marketing and branding of olive oil for the private sector.  The project targets plantations of over 50,000 acres in the country by 2022.

The available potential area for olive cultivation is about 10 million acres in Punjab, particularly the Pothwar region, Baluchistan, Khyber-Pakhtunkhwa and erstwhile Fata, Azad Jammu and Kashmir (AJK) and Gilgit-Baltistan.

The report added: By 2024, the value of oil olive production will increase to Rs1.727 billion. In Khyber-Pakhtunkhwa, over a million olive plants are being grown on an area of 9,391 acres, engaging 768 farmers. The production of olive oil is estimated to reach the value of Rs1.458bn in 2024.

Thus, by 2024, the country will have about 3 million fruit-bearing olive plants producing roughly 1,415 tons of olive oil with an estimated value of Rs4.416 billion.

According to an expert, the olive plants would also mitigate the effects of climate change.They also provide permanent crop cover that not only saves land from erosion and further degradation but also minimizes silt load to downstream water reservoirs.Olive orchards require less water, fertilizers, pesticides and fuel energy as compared to other major annual oilseed crops, the report added.