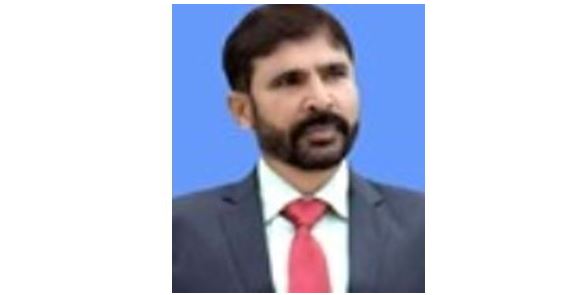 Pakistan and Turkey pledged to improve their strategic and economic relations and agreed to take steps to eliminate terrorism. Prime Minister Shehbaz Sharif and Turkish President Recep Tayyip Erdogan made the commitments during a one-on-one meeting and talks on issues of mutual interests. Today, Pakistan and Turkey are moving in to the right direction of cordial relationship. Both the countries respect each other because of multiple commonalities and spirit of brotherhood. However, ideologically, the two countries were poles apart; Pakistan adhered to the Islamic ideology as a centerpiece of its nationhood while turkey pursued secularism when it became Republic. Nonetheless these differences of ideology with their corresponding reflection, on their respective external outlook, never hampered the course of friendship.

Since the last few years the perception and interest of both the countries have converged on the number of important issues. The strategic locations of both the countries are very unique and important. Pakistan is geostrategically located at the crossroads of West Asia, Central Asia, South Asia and right next to China Republic that has emerged as a great economic power in the world and a great power of the region. Similarly, Turkey is located at the crossroads of Persian Gulf, Middle East and Balkans which preserve abundant amount of oil and gas resources and fatality of conflicts.

Pakistan and Turkey converged on business, trade, investment, defense production, tourism, education and cultural areas of cooperation. Nonetheless, both the countries could not achieve advantage from the tremendous potential of mutual cooperation in all these areas. Since the global war on terror in 2001, both the countries prioritized the issue of counterterrorism and long term defense cooperation. Pakistan and Turkey were aware about terrorism as a domestic and global phenomenon which was becoming a very severe threat to the world and each country was dealing terrorism with its own ways. Pakistan and Turkey decided to work on intelligence sharing and joint military exercises in the war on terror. Both the countries are agreed to cooperate for arms technology and its manufacturing. The Turkish aerospace industry has designed a research and development unit in Pakistan National University of Science and technology to focus on the security and drone and radar technology.In 2018, with the collaboration of Turkey, Pakistan is on the trackof warship yardconstruction in Karachi. In the aftermath 2020, both the countries organized a session of high level dialogue group in which Turkey sought assistance in developing nuclear weapon program.

The two countries are much worried about the Muslim deterioration and always claimed to fight for the rights of Muslim world and their territorial disputes. For example, Pakistan is a one of the only country in the world that does not recognize Armenia as a sovereign state but it recognizes Azerbaijani claimed over disputed area of NgornoKarabakh. Turkey has also supported Azerbaijan during the war between Armenia and Azerbaijan. In January 2021, the foreign ministers of Azerbaijan, Pakistan and Turkey arranged a talk and issued a statement for their diplomatic support to NgornoKarabakh, Cyprus and Kashmir. Pakistani Prime Minister Imran Khan has also maintained the stance for Turkish backed Kurds in Syria and in the return Turkey also spoke openly over Kashmir and ire to India. In 2020, the leadership of both the countries declared Kashmir as a burning issue of the world. Since the long time, the Palestine issue has been discussing in routine in UN and in other international forum without any favorable statement orpolitical settlement. Nowadays both the countries are openly voicing for Palestinian people in UN general assembly and other international forums.

Turkish diplomatic and defense cooperation have improved Pakistan’s security status in the region but it could not resolve economic dilemma that has been exacerbated by Covid-19 pandemic. In January 2021, both the countries have stated outline on the trade and investment of $ 1 billion by Turkish companies in Pakistan. Then in February 2021, Turkish president visited Pakistan and the leadership of both the sides signed Strategic Economic Framework agreement that may cover a broad spectrum of cooperation in defense, trade and investment, science and technology, education, health, tourism, and culture. Pakistan and Turkish Free Trade Agreement (FTA) is still in the process. Pakistan, Iran and Turkey are agreed to resume cargo train service to facilitate the goods transportation between neighbors. Both Pakistan and Turkey have also signed a citizenship agreement to facilitate businessmen and tourists of both sides; in addition Pakistan has launched E-visa system to facilitate the people. Today, Pakistan and Turkey are taking measures to establish a balanced andprioritized equation of bilateral cooperation. The Turkish foreign minister MevlutCvusoglohas made a statement that Pak-Turkish bilateral trade of $800 million is not sufficient and both the countries should be brought up to its true potential. Pakistan should include Turkish companies in the China Pakistan Economic Corridor (CPEC) especially in energy sector and transportation infrastructure. Meanwhile both sides are willing to forge new connection of people to people, students exchange program, conference focused on private and public partnership and workshops to encourage startups.

Naya Pakistan policy of present Government was focusing on economic security as the covid-19 pandemic has shaken the economic structure of Pakistan. Despite of this desolation circumstance, many multinational companies are still doing business in Pakistan and are earning reasonable profit due to friendly environment of investment. Such situation is also much favorable for Turkish businessmen and enterprises. Both Pakistan and Turk leadership signed six bilateral memorandum of understanding on public debt management,Collaboration between credit guarantee institutions for the financing of SME, housing, public-private partnership models, especially knowledge exchange in transportation and health, economic and social policy planning, and technical cooperation in road engineering.Turkey seems natural partner of Pakistan in the areas of economic and defense due to historical bonds and relationship of brotherhood. In short, this solid and deep foundation of relationship between both the countries may fortify and yield impressive benefits for their people as well as be an effective sound for the issues of Muslim World.