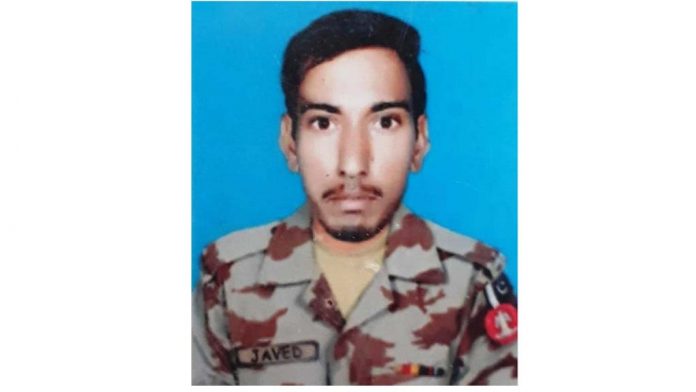 TURBAT, One Pakistan army soldier embraced martyrdom while three further suffered injuries when terrorists opened fire on them in Kech district of Balochistan.

In a statement on Saturday, the Inter Services Public Relations (ISPR) said that the security forces were on routine patrolling near the Pidarak area of Kech district, approximately 35 kilometers South East of Turbat, when terrorists fired on them.

The ISPR said that the security forces cordoned off the area for search of terrorists.