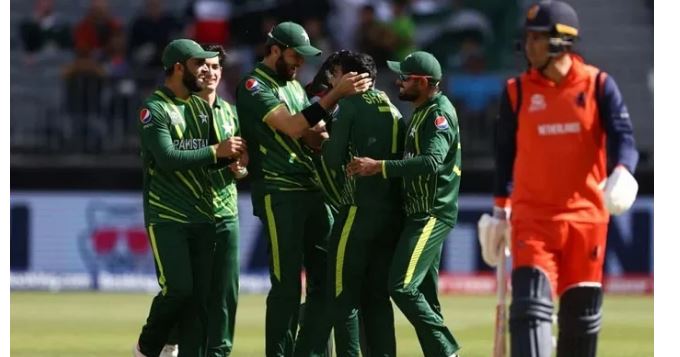 PERTH: A clinical performance from Pakistan helped the Men in Green win the match against the Netherlands in the crucial T20 World Cup clash on Sunday.

The Green Shirts won by six wickets, completing the target of 92 runs in just 13 overs.

Shadab Khan was the pick of the bowlers for Pakistan after claiming figures of 3-22 in four overs.

Earlier, Netherlands won the toss and decided to bat first.

Pakistan, led by Babar Azam, are without a point after two defeats and made one change from the side that were shocked by Zimbabwe at the same venue with Fakhar Zaman coming in for Haider Ali.

The Asian giants need to win their last three matches and hope other results go their way if they are reach the semi-finals, as they did a year ago in the United Arab Emirates.