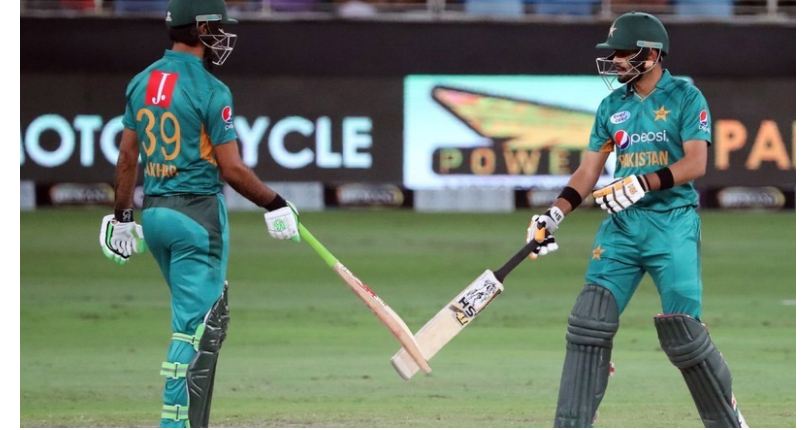 Chasing a modest target of 131 runs, the Men-in-Green comfortably went over the line with seven wickets in hand in 15.3 overs.

The star of the run-chase was captain Babar Azam, who led from the front and scored a brilliant half-century. The right-hander scored 50 off 41 balls with the help of six boundaries and a maximum.

He was well supported by Fakhar Zaman, who remained unbeaten on 46 off 24 balls. In that knock, the left-hander hit four boundaries and two gigantic sixes.

Earlier, after opting to bat, the defending champions never looked comfortable with the bat. Their only resistance against Pakistan’s bowling attack came from Chris Gayle (20), Shimron Hetmyer (28) and captain Kieron Pollard (23)’s bats.

For Pakistan, Shaheen Shah Afridi and Haris Rauf had a relatively expensive outing with the bowl, as they conceded 41 and 32 runs respectively in their four-over each spells.

The duo also claimed two wickets each for the winning side. Meanwhile, the star with the ball was Imad Wasim, who bowled an economical three-over spell, where he conceded only six runs and claimed a wicket as well.

They were well supported by pacer Hasan Ali, who also claimed two wickets for 21 runs in his four-over spell.

The Men-in-Green will face South Africa in next warm-up fixture.