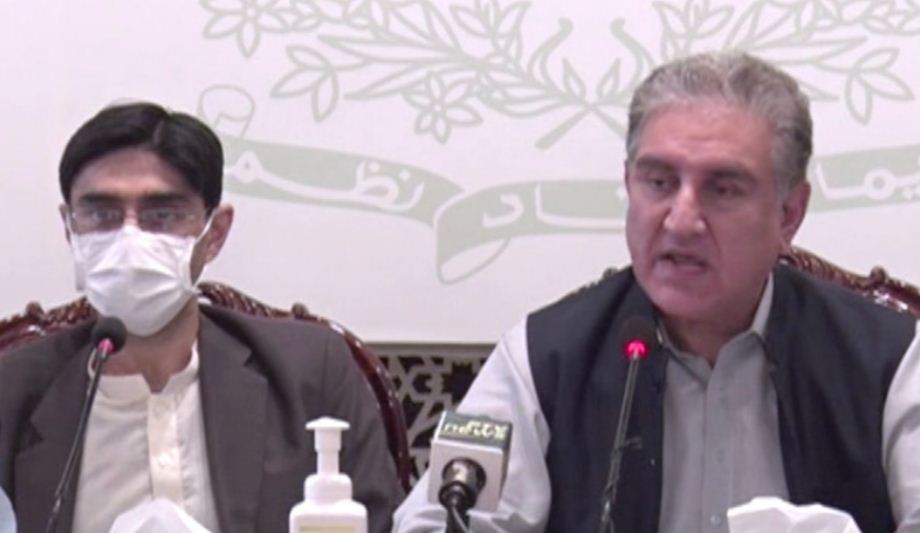 ISLAMABAD- National Security Adviser Dr Moeed Yusuf said on Monday that Pakistan was currently a target of “hybrid warfare” and an entire network of information warfare was being used against the country.

He made the remarks during a press briefing on the alleged abduction and release of the Afghan ambassador’s daughter in Islamabad last week.

Yusuf recalled that the EU DisinfoLab had exposed an India-based network of fake websites and media outlets doing propaganda against Pakistan.

He said fake accounts and bots were being used to create a “narrative” against Pakistan, including regarding the incident involving the Afghan envoy’s daughter.

According to her, she was returning home in the afternoon in a taxi after visiting a bakery in Islamabad’s Blue Area when the driver picked up another man who verbally abused and assaulted her. She was later dropped in an unconscious condition by the roadside. Her medical report said she had been physically assaulted.

Sharing slides on data gathered by the government, Yusuf said hashtags were being trended on a daily basis to create false impressions including that Pakistan “is doing something [wrong] in Afghanistan” and that the security situation in Pakistan was poor.

“This is part of an orchestrated campaign of which various fronts have been opened against Pakistan,” he said, adding that the same accounts that did “fake propaganda” regarding Balochistan or Kashmir were also doing propaganda ever since the alleged abduction incident took place. According to Yusuf, some of these accounts were operated from inside Pakistan, while the rest were controlled from Afghanistan, India and the West.

As an example, the NSA showed a tweet by a verified Indian Twitter account that contained a false picture of the Afghan envoy’s daughter showing her in an injured state.

He said the “spoilers” were trying to create rifts between Pakistan and Afghanistan, adding that this narrative reflected that Pakistan was being made a “scapegoat” in Afghanistan.

“Blaming us for the failures of someone else in Afghanistan will not be acceptable to us,” he stressed. He said the government monitored the coordinated activity being carried out through bots and reported the same, but new accounts kept emerging.

Speaking alongside him, Islamabad Inspector General of Police (IGP) Qazi Jamilur Rehman said police had analysed all footage of the movement of the Afghan ambassador’s daughter. He added that the “impression given [about her abduction] is not corroborated by the evidence we have collected”.

He revealed that police interviewed more than 200 people in the case after examining the footage obtained through close circuit TV cameras. “The woman first leaves from her home on feet, then she hires a taxi from Rana Market and heads to Khadda Market. We subsequently identified the taxi and located its driver and interrogated him,” the IGP said.

He continued that Silsila then hired a second cab from Khadda Market that took her to Rawalpindi. “Similarly we traced the second taxi and its driver confirmed that he picked up the woman from the market and dropped her off at Saddar, Rawalpindi. We also obtained its footage,” he added.

The envoy’s daughter then hailed another cab from Rawalpindi to reach Daman-i-Koh. “Upon reaching there, she hired a fourth taxi for F-9, but made a brief stopover at F-6,” he said.

According to the IGP, the driver of this taxi told police that the woman asked him to stop the car at F-6, and made a phone call to someone, but it could not go through. She then asked to be taken to F-9, the police chief said.

After the cab finally reached F-9, he said, the woman called someone at the embassy and the staffer picked her up from there.

The IGP said Silsila had contended that she did not visit Rawalpindi, but her claim was disputed by the CCTV footage.

Police have sought further assistance from the Ministry of Foreign Affairs to address a few points in the case, Rehman added.