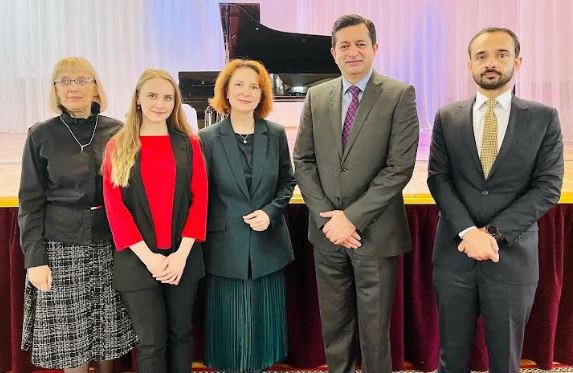 The Rector provided a detailed briefing on the Academy work, scope and the performance followed by which a tour of facility was arranged. The Academy is celebrating the 90th anniversary of its establishment this year.

The Ambassador briefed the Vice Rector on the peculiarities of the educational process in Pakistan.

The parties discussed ways and means for closer collaboration and the possibilities of creating institutional linkages through MOUs between the National Academy of Music and Performing Arts Pakistan and the Belarusian Academy.