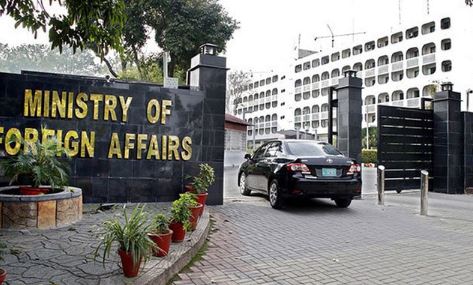 ISLAMABAD/KABUL, DEC 02 (DNA) — Pakistan on Friday called back its diplomatic staff from Afghanistan after an attack on the Pakistani Charge d’Affaires in Kabul in which he along with his guard has been injured.

Soon after the firing incident on the envoy, the Pakistan government called back the diplomatic staff from Kabul temporarily. The sources said the firing took place in Kabul when Nazim-ul-Amoor (Charge d’ Affairs) was walking with his guard.

Officials of the Foreign Ministry confirmed that the embassy had been attacked by unidentified armed men. They added that the charge de affairs at the embassy was heading to the residential section after offering Friday prayers when gushots rang out.

The ambassador remained safe but an official of the embassy was injured as a result of the attack. Emergency health services have been called to the embassy to provide medical care, but it was not immediately clear what were the nature of injuries which were sustained by the injured official.

The official was later rushed to hospital for medical care. There had been threats to the embassy from Tehreek-e-Taliban Pakistan and Islamic State (Da’ish). Initial investigations show that the a sniper attack was mounted from an elevated position around the sprawling embassy.

Prime Minister Shehbaz Sharif on Friday condemned the “dastardly” assassination attempt on the head of mission. He saluted the bravery of the security guard who was injured in the attack, stating that he took a bullet to save the life of the Pakistani diplomat.

He exhorted Kabul to take swift action over the attack. “I demand immediate investigation and action against perpetrators of this heinous act,” Shehbaz said. =DNA