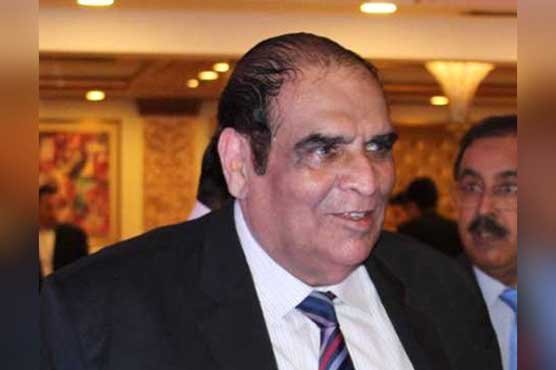 LAHORE Feb 18 (DNA) : President SAARC chamber of commerce and Industry and veteran trade leader Iftikhar Ali Malik on Thursday stressed the urgent need to implement the Quaid guiding motto of faith unity and discipline in true letter and spirit in every sphere of life that can make  Pakistan as one of the most powerful country in the comity of nation.

Addressing the 3-day concluding session of 13th national conference on “Nazria-I-Pakistan” held under aegis of Nazria Pakistan Trust,he said Quaid-e-Azam Muhammad Ali Jinnah, the founder of Pakistan gave  us three golden principles which he followed in his life  and got Pakistan. He said our success  will depend mainly on following Unity, Faith and Discipline. If we follow these principles in our individual, social and political life, we can make Pakistan very powerful. Unfortunately, we have not paid much attention to them.

Iftikhar Ali Malik said unity  gives a nation strength to face its enemies. Pakistan appeared on the map of the world on August 14, 1947 and this miracle was achieved through the unity of the Muslims. In Islam, all the Muslims are brethren to each other. He advised the people from all walks of life to be united in our work for the country.

He said Quaid-i-Azam united the Muslims of India into a disciplined organization and created unity among them.He said  no civilized society can exist and progress without discipline. In absence of discipline, our energies are scattered and we can make no progress he added.

Iftikhar Ali Malik said If we want to develop our country, we should be sure for what we are working. Nothing can be achieved without faith. Pakistan is the result of firm faith. Even now if we have faith in our religion, we can work wonders in a short time, to make Pakistan strong in all walks of life.

He said his illustrious father late Muhammad Shafi Malik Sitara-I-Imtiaz also  played role in creation of Pakistan and worked closely with the father of the nation. His father attended the most important historic  annual meeting of 27th all India Muslim League on March 23.1940 he concluded.