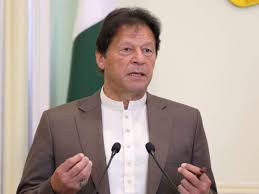 In his message, Prime Minister Imran Khan congratulated veteran trade
leader Iftikhar Ali Malik assuming the office of President of SAARC
Chamber of Commerce and Industry for the span of two years and termed
his appointment brought laurel for the country.
He expressed the hope that Iftikhar Ali Malik is a seasoned veteran
trade leader and would utilize his best abilities to bring closer the
SAARC member states besides promoting regional trade.

The Prime Minister said Pakistan had always strived to make the regional
body a vibrant vehicle for mutual cooperation based on the principle of
sovereign equality.

Imran Khan said that SAARC had immense potential for strengthening the
economies of the member countries and to promote collaboration in
various areas of mutual significance.

“The organisation needs to work towards achieving economic, cultural and
social growth of the region,” he said, calling for increased level of
connectivity among the SAARC member states for a prosperous region.

Iftikhar Malik thanked Prime Minister for his congratulation and
conveyed his message to Imran Khan that he would do his best to promote
regional trade and Pakistan had advanced its belief that a secure and
peaceful environment in South Asia was crucial for the advancement of
region’s development and prosperity.

He assured that he would play a positive role in further strengthening
regional cooperation.

He said holding position of President of SAARC CCI meant renewing
impetus amongst the member states and therefore was significant.

Iftikhar Malik said Pakistan had all resources to become an economic
giant but only need is to set directions with zeal, courage and
sincerity. He said Pakistan’s huge mineral resources could help get rid
of the economic ills.

Reiterating his earlier stance, he said Imran will utilize his best
leadership flair and available resources for the promotion of trade and
industry in South Asian region. DNA
==========