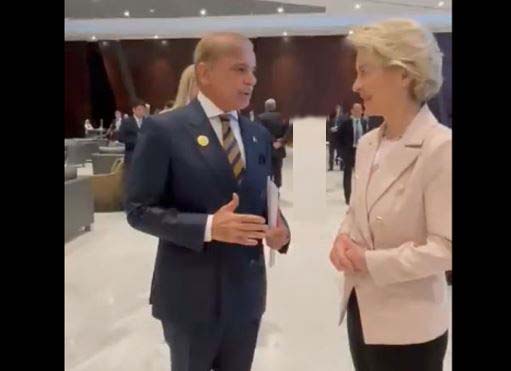 The understanding was reached during meeting of Prime Minister Shehbaz Sharif with President of European Union Commission Ursula von der Leyen on the sidelines of COP 27 summit in Egypt.

Underscoring the need for international cooperation to address challenges of climate change, the Prime Minister said the whole world will have to suffer the effects of climate change in future which developing countries are facing today.

Unity was essential to combat the effects of climate change, he stressed. The prime minister appreciated the spirit of the European Union countries to help the flood victims in Pakistan.

He also appreciated the cooperation of European countries in removing Pakistan from FATF’s grey list and their spirit of helping the flood affected people in Pakistan.