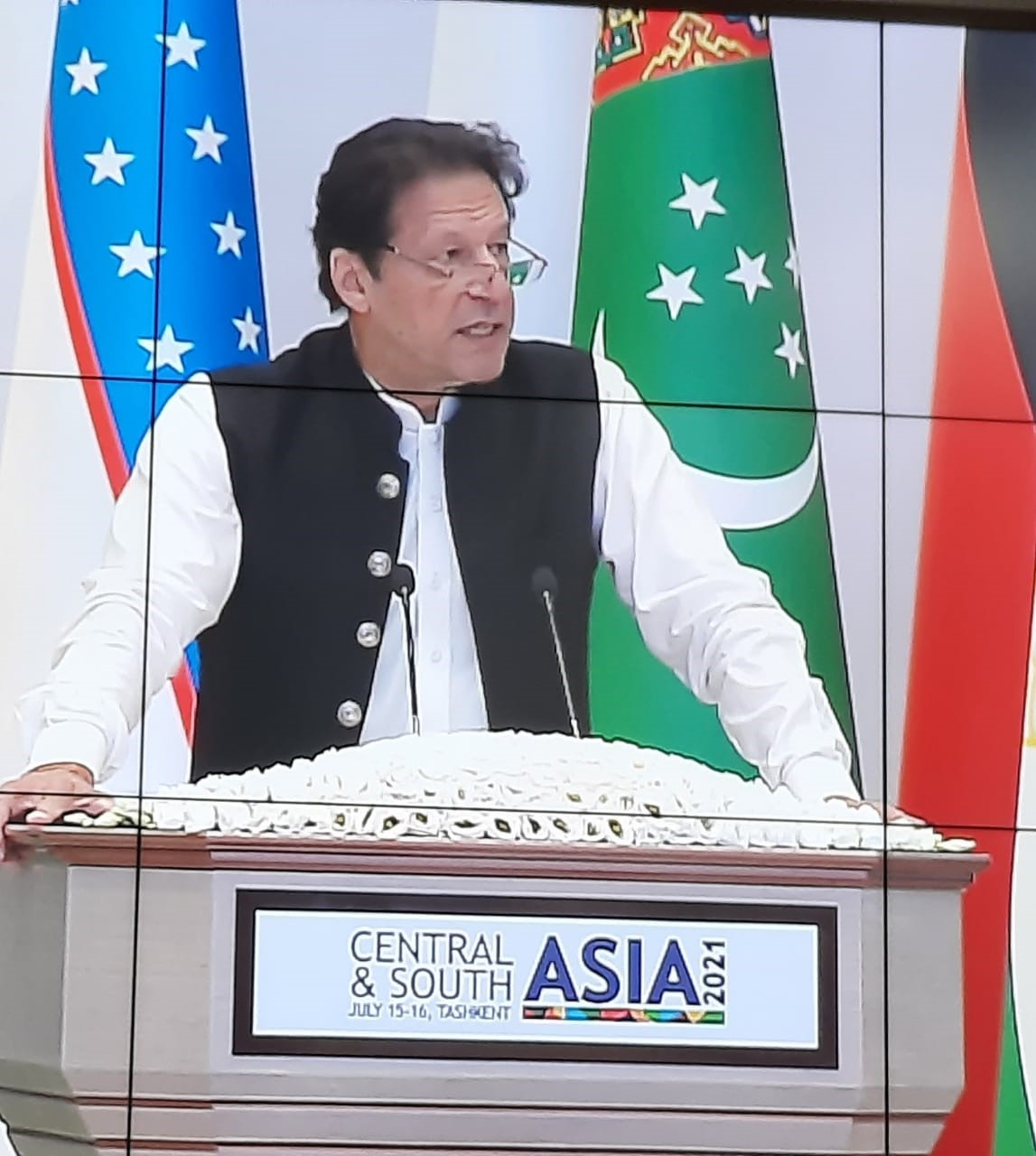 Says Afghanistan is the natural land bridge between Central Asia and South Asia, and peace in Afghanistan is the most critical factor for regional connectivity; no country has tried harder to get Taliban on dialogue table than Pakistan

TASHKENT: Prime Minister Imran Khan has said the regional peace and stability is of paramount importance for enhanced trade and economic cooperation in the region. He was addressing the International Conference on “South Asia-Central Asia Regional Connectivity-Challenges and Opportunities in Tashkent on Friday. The Prime Minister said the Afghan situation and unresolved disputes are the key challenges to peace and stability in the region.

The Prime Minister expressed disappointment over the allegations against Pakistan from the Afghan side. He said no country has tried harder to get Taliban on dialogue table than Pakistan. He said we have made every effort to get the Taliban on dialogue table and have peaceful settlement. He said to blame Pakistan for what is happening in Afghanistan is extremely unfair. The Prime Minister categorically stated that Pakistan is a partner in peace.

He said Pakistan has suffered seventy thousand casualties and a huge economic loss due to the unrest in Afghanistan. He said three million Afghan refugees have been living in Pakistan for decades. He said we do not have capacity and economic strength to get more inflow of Afghan refugees.

Prime Minister said that President Ashraf Ghani mentioned Pakistan’s negative role in this conflict going in Afghanistan. “President Ghani, let me just say that the country that is going to be the most affected by turmoil in Afghanistan is Pakistan. Pakistan suffered 70,000 casualties in the last 15 years. The last thing Pakistan wants is more conflict, our economy finally recovering from one of the most difficult phases which we have been through”. The premier further added, “And I repeat, the last thing we want is turbulence in Afghanistan. I can assure you that no country has tried harder to get Taliban on the dialogue table than Pakistan. We have made every effort, short of taking military action against the Taliban in Pakistan. we have made every effort to get them on the dialogue table and to have a peaceful settlement there. To blame Pakistan for what is going on in Afghanistan, I feel, is extremely unfair. I came to Kabul. Why would I come to Kabul if I was not interested in peace? The whole idea was that you should have looked upon Pakistan as a partner in peace. And I feel really disappointed that we have been blamed for what is going on in Afghanistan. What has been happening in Afghanistan is over two decades of conflict, deep divisions and unfortunately the United States seeking a military solution when there was not one. When there were 150,000 NATO troops in Afghanistan, the greatest military machine that was the time to ask the Taliban to come on the table. Why were the Taliban going to compromise when the exit date was given and there were only a few thousand American troops left? Why would they listen to us when they are sensing victory? So I assure you again I had a long conversation with President Shovkat last night how we all the neighbors can help, Tajikistan, Pakistan, Uzbekistan, how can we get together and somehow help the peace process and settlement because it is in all of our interest. All the neighbors are interested that there should be a peace settlement. There are already three million Afghanistan refugees in Pakistan. We are petrified that there would be another flow of refugees coming in and we do not have the capacity or the economic strength to bear another inflow of refugees. So I can assure you again, if any country is trying its best out of all the other countries of the world is Pakistan today.”