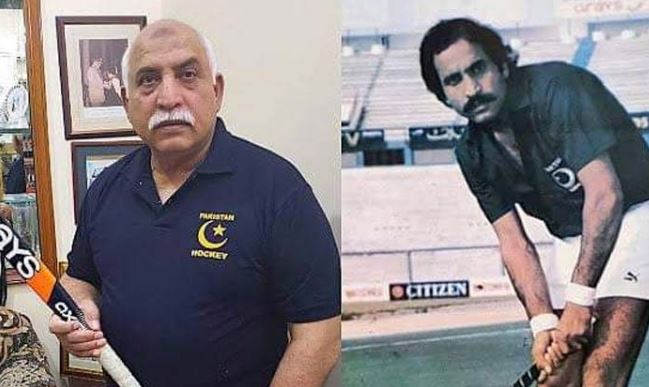 He was admitted to a private hospital in Lahore but could not survive. He was 63.

Born on October 28, 1958 in Sialkot, Pakistan, Manoor was one of the finest players of the game it has ever seen. He first made his presence felt with Pakistan junior team and later became an integral part of Pakistan’s most fearsome forward line in the late 70s and early 80s.

Manzoor Junior played in a forward position as a striker between 1975 and 1984 and was capped 175 times with 86 goals to his credit. He was also the last captain under which Pakistan won the last hockey gold in Olympics. He was also the manager of the Pakistan hockey team in 1994 that won the last gold medal for the country in a World Cup.

He is known as The Golden Boy, was given the President’s Award for Price of Performance and was the player who won the highest number of gold medals for Pakistan.

He was known for his exceptional stick work, and one of his remarkable displays was in the 1982 World Cup final where he scored a goal by dodging six German defenders.

Manzoor Hussain Junior is remembered for his flash of genius scored during the finest goal of the knockout rounds during a game with Germany.