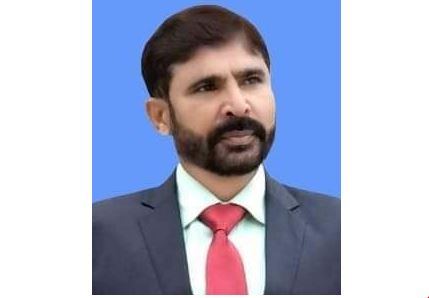 This year, the monsoon season in South Asia has brought heavy rains to Pakistan, with disastrous results and catastrophic flooding in the countries. On August 28, the National Disaster Management Authority of Pakistan reported that nearly 1,000 people died, more than 1,500 people were injured and at least 580,000 homes were destroyed during this monsoon season. Critical infrastructure such as bridges and roads were also submerged, uprooted and washed away. Much of the country is under water, complicating rescue and evacuation efforts for hard-hit areas like Balochistan and Sindh provinces.

The main reason for the current situation in Pakistan is climate change. Increased warming due to more absorbed solar radiation in the Indian Ocean and subcontinent is the main reason for the intensity of the monsoon season this summer as sea surface temperatures create scenarios for generating multiple precipitation events (e.g. thunderstorms, monsoons and storms). In both countries, the challenges so far from the impact and the remainder of the monsoon season through the end of September are worrisome. With the possibility of more heavy rains and flash flooding, relief and rescue efforts are being reduced as both countries try to cope with the current crisis and any future events that could result in deaths, injuries, displacement and infrastructure damage. The displacement of tens of thousands of people faces other logistical difficulties, the need for shelter in some areas where there is no shortage of water. Where floods persist at considerable depths, low water also has consequences. Access to food and clean water is limited by crop damage from flooded fields and contamination of water resources by sediment, debris and pollution displaced by flooding. International aid and support has started pouring into Pakistan to help the many victims of this crisis. But despite this additional support, the countries still have a long way to go to recover.The immediate effects of flooding include loss of life, damage to property, destruction of crops, loss of livestock and deterioration in health due to waterborne diseases. As communication links and infrastructure such as power plants, roads and bridges are damaged, some economic activities may grind to a halt, people are forced to leave their homes and routines are disrupted.

The high costs of aid and rehabilitation can adversely affect investment in infrastructure and other development activities in the region and in some cases harm the region’s fragile economy. Frequent flooding in a region can discourage long-term government and private sector investment. Loss of livelihoods, combined with brain drain and inflation, can have a negative impact on the economic development of the region. The loss of resources can lead to higher prices for goods and services and delays in development programs.

Likewise, the disruption of industry can lead to the loss of livelihoods. Damage to infrastructure also has long-term effects, such as the disruption of drinking water supplies, wastewater treatment, electricity supplies, transport, communications, education and healthcare. Loss of livelihoods, purchasing power and land value in flood plains can economically weaken communities.

An ineffective response to major flood events can lead to public discontent or a loss of confidence in agencies or state and national governments. Lack of development in flood-prone areas can lead to social inequality and even social unrest, threatening peace and stability in the region.Floods can traumatize victims and their families in the long term. The loss of loved ones has a profound impact, especially on children. Being displaced from home, losing property, and disrupting business and social affairs can all create constant stress. For some people, the psychological effects can be long-lasting.