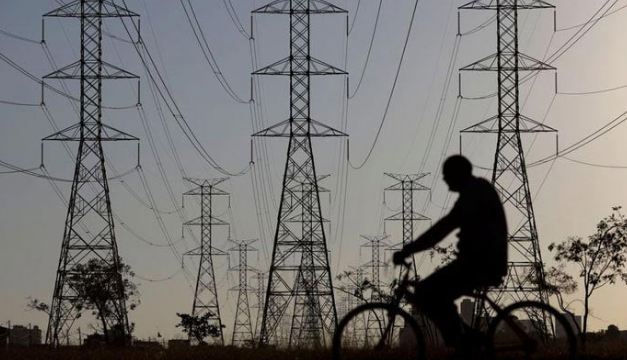 ISLAMABAD: The Asian Development Bank (ADB) has said that Pakistan’s energy investment ranges from $62 billion to $155 billion till 2030.

The power generation and the energy efficiency sector need the most significant investments owing to the rapidly growing demand and low baseline efficiency. In all three scenarios, the largest investments are needed for the development of the country’s hydropower capacity, ranging from $11 billion to $26 billion.

Investment needs for wind and solar energy are expected to reach nearly $12 billion in the business-as-usual scenario, $36 billion in the government commitments scenario, and $57 billion in the green growth scenario, which illustrates the country’s ambitious plans for harnessing its large renewable energy potential.

Generational rehabilitation and expansion are the investment categories estimated to require the largest share of the total — ranging from 60% to 75%, or $38 billion to $115 billion, varying across scenarios. The second biggest category is energy efficiency measures on the consumption side, requiring $12 billion in the business-as-usual scenario, almost $21 billion in the government commitment scenario, and over $26 billion in the green growth scenario.

The modernisation and expansion of the power and gas grids and the introduction of advanced metering equipment require investments of approximately $13 billion to $14 billion.

To further unlock Pakistan’s energy market for private companies, several challenges must be addressed. One of the key challenges is the lack of clarity regarding the categorisation of resources.

For example, although hydropower is generally considered a renewable energy resource across the world, the Alternative and Renewable Energy Policy has categorised hydropower sources as nonrenewables.

Considering the 30% renewable energy target in 2030, it would be hardly possible to reach this level only via wind and solar PV sources. If hydropower were to be included in the definition of renewable energy sources, it would make reaching the stated target and introducing stronger competition more realistic.

Another challenge is the lack of a detailed energy plan for the energy sector. Although the National Energy Policy has been approved, the corresponding division of roles among policymakers who would assign policy areas to all relevant stakeholders has not been completed yet.

In the current framework, sector-specific policies are developed by relevant authorities. For instance, the alternative energy policy is developed by the Alternative Energy Development Board (AEDB), whereas the power generation policy is drafted by National Electric Power Regulatory Authority (NEPRA). This not only creates uncertainty regarding the long-term direction of sector development but also leads to unnecessary bureaucracy and delays in project implementation.

With a strong focus on generation over the last several decades, the T&D sectors suffered greatly from underinvestment. As a result, transmission losses in Pakistan are one of the highest in the region, with some distribution companies reaching losses of 38%. While policies, such as the Transmission Line Policy, have been established to attract private investments, a centralised transmission plan considering load development in the future is required to set a long-term direction for network development and to establish realistic targets for reducing T&D losses and attracting investments.

Another challenge stems from the country’s electrification rate, with more than 25Z% of the population having no access to electricity. With an increase in rural electrification, demand will increase significantly, putting more strain on distribution companies and generation. Finally, challenges in the T&D sector are reinforced by the issue of circular debt.

With growing power generation from thermal plants, higher costs were inflicted via the import of high-priced fuels and currency devaluation. At the same time, distribution utilities tasked with energy supply face financial hurdles due to the low collection rate of tariffs and their inability to meet regulatory targets for T&D losses. As a result, distribution companies are unable to pay generation companies for purchased electricity, starting a chain of debts that reach fuel providers via power generation companies.

The differential between NEPRA-approved and uniform tariffs is paid via a tariff differential subsidy, which adds a significant financial burden to the government. However, the government is moving toward tackling these challenges and improving the investment climate by establishing a clear and favourable environment for private investors in the energy sector. Pakistan recently approved an implementation plan for a regulatory framework that will establish a competitive market structure in the wholesale segment via a bilateral contract.

Furthermore, the government plans to unbundle natural gas utilities into transportation and distribution companies and establish a competitive natural gas market, which will prove beneficial in terms of attracting private investments in the long term.

Pakistan has already introduced specific incentives for its renewable power sector to take advantage of its substantial renewable resource potential of more than 3,000 GW (including hydropower). With feed-in tariffs for wind and solar PV technologies and a clear plan for renewable energy generation, it aims to support further development of renewable energy.

Considering the sizeable development needs in the energy sector and the government’s prioritisation of renewable energy, investment opportunities are significant.

To resolve power issues and improve energy distribution capabilities, the government is considering partial privatisation of distribution companies through management contracts and concession agreements. This opens up the possibility of ensuring sufficient power supplies, mitigating losses, and increasing competitiveness in the distribution market.

Being one of the largest markets in the CAREC region, Pakistan’s population is currently growing by 2% annually, with an ever-growing potential customer base. However, more than a quarter of the population does not have access to power. With suitable government priorities and regulatory frameworks, this would provide a substantial basis for investment in the energy sector, with more possibilities for return on investment and project implementation.