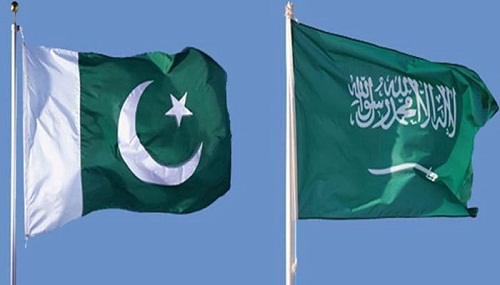 Every year the national day of Saudi Arabia is celebrated on September 23 with great enthusiasm throughout the country. On the occasion, different buildings are decorated with green flags and colourful lights. Various celebrations have been organised to acknowledge the great contributions of the Saud family.

The Saudi family, living in the historic area of Najd, is prominent in terms of bravery and high spirits. During the Ottoman era, the Saudis began to take control of regional areas one by one, but their rule was toppled in 1818 and they were forced to migrate from their native homeland. Despite facing critical circumstances for about 80 years, the Saudis were committed to make a comeback.

Finally, Abdul Aziz bin Abdul Rahman Ibn Saud, the legendary leader of the Saudi dynasty, succeeded in taking control of Riyadh, the capital of Najd, in 1902, at the age of thirty, Shortly afterwards, he successfully conquered the entire Najd and other surrounding areas. The conquest of the entire Hijaz within four months was his remarkable achievement. Although the Saudi kingdom was proclaimed in January 1926, he preferred to rule over the two parts of his kingdom separately.

Almost a century after its fall, the Saudi dynasty was once again able to return to power with full glory. However, the international community was reluctant to recognise the Saudi government. In this regard, the Saudis engaged the two superpowers of ithetime, Russia and Britain, on the diplomatic front in a very brilliant way. As a result, Russia became the first country to recognise the Saudi government whereas Britain signed the Treaty of Jeddah, which led towards unification of Najd and Hijaz as a sovereign kingdom of Saudi Arabia in 1932.

Ibn Saud focused on ensuring internal stability, national development and prosperity for the people. At that time, the local Arab population used to live a nomadic life in the deserts. He took various steps to bring all tribes into the national mainstream. A few years later, the discovery of oil led to positive impacts on economic prosperity at a larger scale. Several educational and national institutions were established. Saudi Arabia, under the visionary leadership of Ibn-Saud, also played a pivotal role in strengthening cooperation with other countries in the region.

Today, the Kingdom of Saudi Arabia is the largest country in the Middle East and Arabian Peninsula. About 80 percent of Saudi Arabia’s ethnic population consists of local Arabs. However, a large number of immigrants from Pakistan, India, Bangladesh, the Philippines, and Egypt are also settled there for employment purposes.

The people of Pakistan have a special relationship with Saudi Arabia. The two countries share a common position on various issues at the international level. In Pakistan’s foreign policy, Saudi Arabia has always been given the status of the ‘Most Important Bilateral Partner’. Faisal Masjid, located in Islamabad, reflects the everlasting love of Saudi ruler Shah Faisal for Pakistan. Similarly, the city of Faisalabad is named after the Saudi king.

Saudi Arabia has continued to support Pakistan in every difficult time including Pak-India wars. Saudi Arabia is the largest supplier of petroleum to Pakistan. It is also interested in setting up an oil refinery in Gwadar. The kingdom also provides financial assistance to Pakistan in various sectors.

Similarly, Pakistani forces have played a significant role in safeguarding Saudi Arabia from military threats. For the past 50 years, Pakistani troops have been stationed in Saudi Arabia.

On the national day of Saudi Arabia, we must remember that we should not be afraid of difficulties and hurdles in life but should fight to overcome challenges bravely.