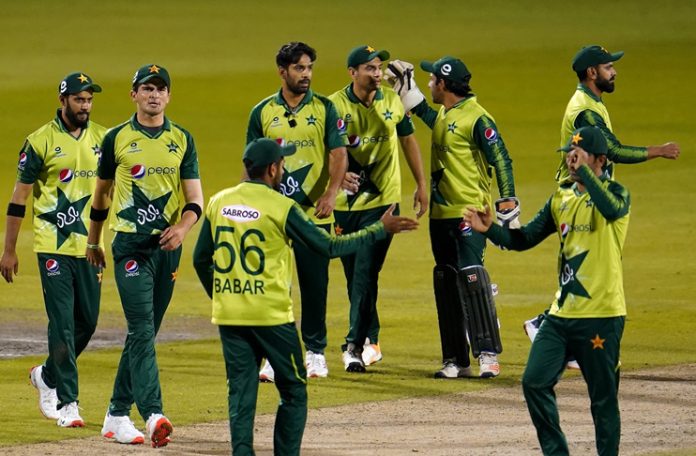 MULTAN, :Pakistan defeated West Indies by 120 runs in the second ODI here on Friday and sealed the three-match one-day international series, a match to spare.

The victory in second day-night match was possible due to the sensational batting from skipper Babar Azam (77)and Imam-ul-Haq (72) and Mohammad Nawaz’s exemplary bowling (4-19).

The all-rounder (Nawaz) spun his magic deliveries and grabbed four wickets while Mohammad Wasim Jr bagged three crucial wickets as the visitors were all-out for 155 within 33 overs.

Azam and Haq scored sixth consecutive half centuries in successive one-day internationals, before the team green lost track in the middle overs.

The bating line went under pressure after loosing Fakhar Zaman at 25 runs. The skipper Babar Azam set the tempo with a 120-run second wicket stand with Haq, before Imam was run out (72), without watching his static partner while going for a single.

The spinners out shined the Pakistani bating line up and grab the third wicket at the total of 187 runs while fourth and fifth wickets fell without adding a single run in the total.

While chasing 276, the West Indies opener Shai Hope was dismissed by Shaheen Shah Afridi at 4 runs then Kyle Mayers and Shamarh Brooks contributed 33 and 42 runs respectively.

Pakistan spinner Muhammad Nawaz demonstrated an impressive spell by clinching four wickets on 19 runs while Muhammad Waseem got three wickets by giving 34 runs and Shadab took two wickets by 40 runs.The visitors were bundled out for 155.

After second consecutive victory, the Pakistan was leading the series with 2-0.

Pakistan made one change in the squad as Muhammad Waseem replaced the pacer Hassan Ali.

Muhammad Nawaz was declared player of the match for outstanding bowling spell of grabbing four wickets by giving 19 runs.

The stadium was jam-packed with spectators and they not only supported team green but also the visiting team.