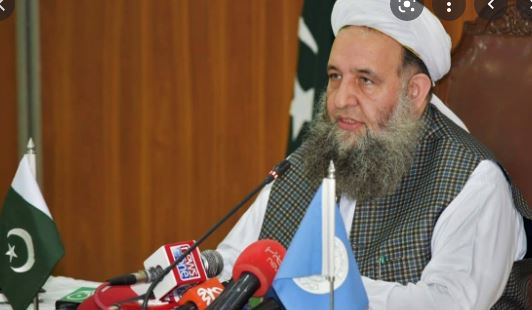 ISLAMABAD, FEB 07 (DNA) — Minister for Religious Affairs Pir Noor-ul-Haq Qadri has said Pakistan stands by Afghanistan in every difficult time. He was addressing an event in Islamabad on Monday in connection with dispatch of twenty trucks comprising food packages to Afghanistan.

The Minister for Religious Affairs said the future of Pakistan and Afghanistan is interlinked. He pointed out that Prime Minister Imran Khan during his visit to China also talked about the problems faced by the Afghan people.

He said Pakistan would not play the role like others when they had no interest or ended up their political existence in Afghanistan, they deserted it in the worst social, political, and economic conditions and even froze the funds pertaining to Afghan people.

Qadri said in prime minister’s recent tour of China, Afghanistan remained the topmost agenda of Imran Khan’s talking points as how to stabilize and save it from disintegration. He said Prime Minister Imran Khan had made a history by holding the summit of Organization of Islamic Cooperation (OIC) on Afghanistan and sensitizing the leaders of Muslim Ummah about prevailing circumstances of the Afghan people.

He hinted that another conference of OIC was expected in near future to economically empower the Afghanistan. Meanwhile, MHI Chairman Syed Lakht e Hasnain expressed special gratitude to the donors in the United Kingdom in particular and around the world in general who were always at the forefront for serving the people suffering from natural and manmade disasters.

He said the organization was initially going to provide food package for three months to 1,700 families of Afghanistan worth of Rs60 million. The food items provided to them include sugar, pulses, flour, cooking oil, salt and rice. The winter kits were also being provided comprising quilts, pillows, blankets and other items so that they could be protected from the cold weather conditions.

On this occasion, Pak-Afghan Cooperation Forum Chairman Habibullah said the last year’s drought had exacerbated the plight of the Afghan people and if immediate and effective measures were not taken, the situation could turn into a humanitarian catastrophe. He further added that MHI was one of the first international organizations to help the Afghan people in their time of need. =DNA