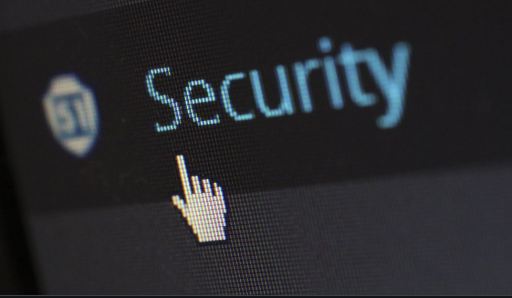 ISLAMABAD, SEPT 5 /DNA/ – Speaking at a webinar on Sunday, the experts opined that Pakistan is on the verge of more unconventional security threats than physical attack through the geo-borders as the new cold war in the region is being fueled up. The emerging geopolitical and economic situation in Afghanistan could pose an influx of migration to Pakistan. The China-Pakistan Economic Corridor (CPEC) projects could also face the brunt of aggressive US-India collaboration against the brisk economic rise of China. Civil war in Afghanistan and unstable government would also have a trickle-down effect on Pakistan.

Pakistan needs to fully prepare its institutions and citizens to combat the impacts of changing climate especially on borders in the areas facing extreme weathers. Cyber security for financial institutions and defense installations will be more pertinent to ensure strong defense against cyber-attacks.

Senator Mushahid Hussain Sayed said collective institutional decision making has been absent in the national life of Pakistan. All the institutions had never been on the same page as they were in 1965. We need the same spirit now too while the country is facing many challenges on borders as well as for human security. Poverty, health, population, climate change and disasters are some of the unconventional security threats that need to be dealt on war footings. The rise of Taliban in Afghanistan has been a blessing for Pakistan that has dysfunctional 66 Indian terrorist camps against Pakistan. Taliban’s brisk takeover of Afghanistan has been shocking for many but it was envisaged. August 15, 2021 was the demise of the US war in the region. He hoped that now the countries in the region would be able to decide their fate. He also criticized the lack of inclusive counter terrorism strategy.

Lt General (retd) Haroon Aslam said war is national effort and it was seen at its best in 1965 where all segments of society were united together to fight against the enemy. Now is the era of hybrid wars which are fought on many fronts simultaneously including cyber spaces, propaganda strategies and fake news. We have to take care of all these fronts with vigorous and integrated strategies. The concept of National Counter Terrorism Authority (NACTA) has been failed and we need to win the public trust once again on the basis of transparent and cohesive strategies. Different types of threats are emerging around our borders which need to be dealt unitedly. Parliament, public and media have to play their role on the national strategic goals. A vibrant intelligence system and strong economy will help build Pakistan’s defense at all levels.

A well-known former bureaucrat Tarqi Mustafa said Afghanistan is a burning point for Pakistan where an unstable government and weak economy would have resulted from migration to Pakistan and further stress on our food security. We all try to support Afghanistan for a viable, strong and an inclusive government. Taliban have learnt a lot from the past mistakes during the last 20 years. Hopefully they would have a rejime addressing the contemporary needs of their society and the neighbourhood.

Mazhar Abbas said we never had independent think tanks to guide us on our engagement policies with each other. Media is one of the components misused every time without taking notice of the actual weaknesses in the system. Commercialization of media has adversely affected the actual objectives. All governments and institutions mold it according to their need but never take care of the public and national interest which lies in the learned and independent media.

Ammar Jafri said the cyber security bill was prepared 8 years back and presented in the parliament. It is pending since then while cybercrimes have risen to the limits. The recent attack on the FBR virtual sites and databases has shown once again the importance of cyber security laws which should be in place sooner than later.

Fauzia Shahid urged the government to take all the media workers and journalists associations in confidence to launch the media reform agenda. It is unwise to wrap up existing legislation to enforce dictatorial laws to influence and pressurize the media to bow down. It would have severe consequences.