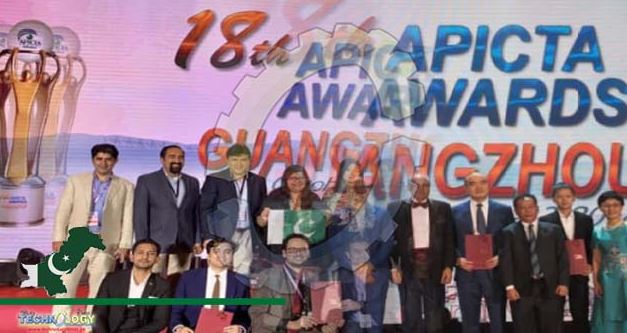 ISLAMABAD, AUG 29 (DNA) — The Asia-Pacific ICT Alliance (APICTA) and Pakistan Software Houses Association (P@SHA) announced that Pakistan will be officially hosting the APICTA Awards this year for the first time.

Hosted by PA@SHA, the APICTA Executive Committee meeting with delegates from 16 member economies including Malaysia, Australia, Sri Lanka, and Chinese Taipei was held in Serena Hotel, Islamabad. It was announced that Pakistan has successfully won the bid to host the APICTAs Awards, making it a historic milestone for Pakistan’s IT & ITeS industry.

First held in 2001, the APICTA Awards have previously been hosted by member economies such as Australia, Malaysia, China, and Singapore. The Awards have proven to be a productive force to develop the local & regional economy and have already led to lucrative business opportunities for qualifying Pakistan IT & IteS companies in the recent past.

By hosting APICTA awards, Pakistan would have an opportunity to position its strategic case for ‘Make in Pakistan’. Majority of APICTA delegations will be first-time visitors to Pakistan and at least 200 international delegates are expected for the 5-day event, including IT leaders, entrepreneurs, policymakers, foreign officials, researchers and students which will help further strengthen a progressive image of Pakistan.

To be fair and transparent, the rules for the jurors are highly regulated, with a mature judging system and advisory judges to verify the decisions as impartial. Any intentional anomalies can even lead to disqualification of judges. =DNA