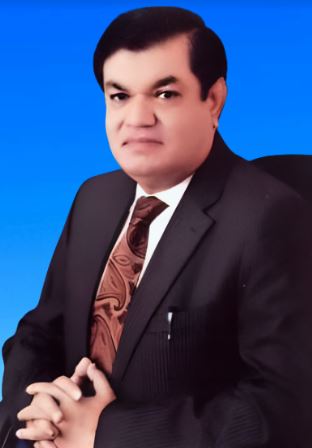 Chairman of National Business Group Pakistan, President Pakistan Businessmen and Intellectuals Forum, and All Karachi Industrial Alliance, and former provincial minister Mian Zahid Hussain on Monday said the relations between Pakistan and America are improving which is the need of the hour.

Bilateral relations cannot be called ideal at this time, but the efforts of the Prime Minister, Foreign Minister and Chief of Army Staff are improving things which is worthy of praise, that will have far-reaching effects, he said.

Mian Zahid Hussain said that these efforts will contribute to increasing Pakistan’s trade and stabilize the economy.

Talking to the business community, the veteran business leader said that Pakistan would have gone bankrupt if it lacked the cooperation of IMF as friendly countries had also linked loans to the IMF deal.

Despite the Indian pressure, the US has decided to supply the parts of F-16 aircraft to Pakistan, while its attitude towards flood victims is also positive, which is a success of Pakistan’s diplomacy, he noted.

Mian Zahid Hussain further said that the American policymakers have also realized that India’s unnecessary support in the region has not benefited them, but has caused a loss so it is important to improve relations with Pakistan as well, which is a positive development.

Currently, Pakistan’s economy is very weak, it is facing floods, terrorism, food security and social problems, so having better relations with all powerful countries is the best option while ignoring America is foolish because not only the army and the industry needs American technology, but the US is our largest export market, while our IT industry, which is growing at an astonishing pace, cannot progress sans the US.

Some of our ignorant politicians consider the independent foreign policy as opposed to America, while some are constantly defaming America for cheap popularity, which is not serving Pakistan but damaging it.

Misguided politicians are not reducing but increasing the country’s problems, he said.