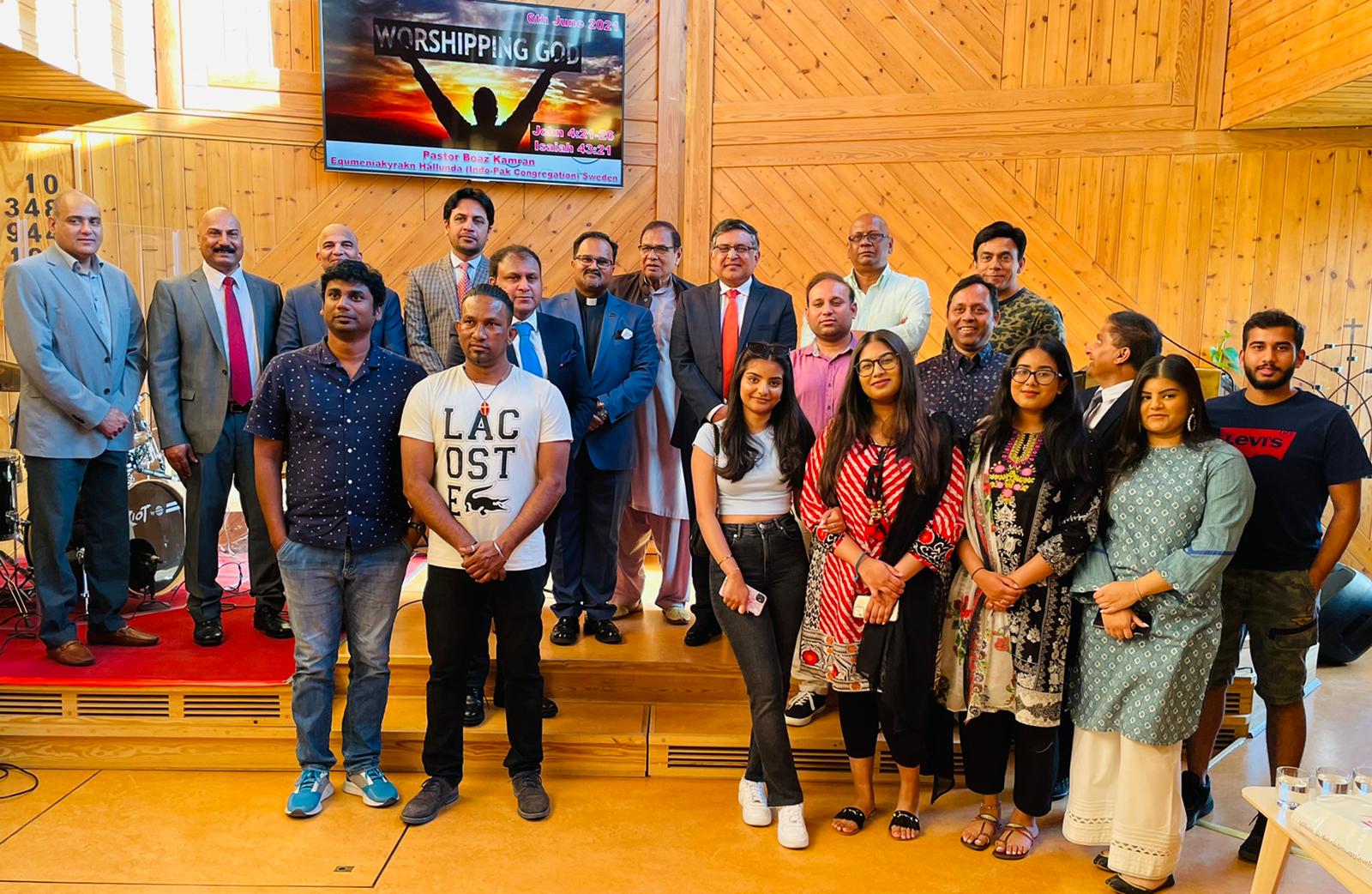 The Ambassador of Pakistan to Sweden and Finland, Dr. Zahoor Ahmed visited Hallunda  Church in Stockholm and interacted with Pakistani and Christian community

STOCKHOLM: The Ambassador of Pakistan to Sweden and Finland, Dr. Zahoor Ahmed visited Hallunda  Church in Stockholm and interacted with the Pakistani Christian Community. The Ambassador was welcomed by Pastor Boaz Kamran and other congregation members.

Speaking on the occasion Ambassador Zahoor Ahmed said Pakistan values the contributions of its Christian population. The white portion of Pakistani flag represented all minorities including the Christian Community who were an asset to the country. He pointed out that Pakistani Christian community had always played an instrumental role in the development of the country particularly in fields of health and education. The institutions established by them have always been an example of excellence and distinction.

He highlighted that Pakistani community in Sweden was a bridge between their country of origin and Sweden and was portraying a soft and positive image of Pakistan.

Pakistan is a diverse country with believes in peace around the world and a dialogue between faiths and civilisations. He reiterated that the embassy would regularly maintain interactions with all segments of the community and work together for promoting relations between Pakistan and Sweden in all spheres.

He remarked that he earlier couldn’t physically meet the community members due to pandemic restrictions and was glad to attend the first congregation after the easing of restrictions.

In the end, prayers were said  for peace and prosperity of Pakistan Sweden and entire world.