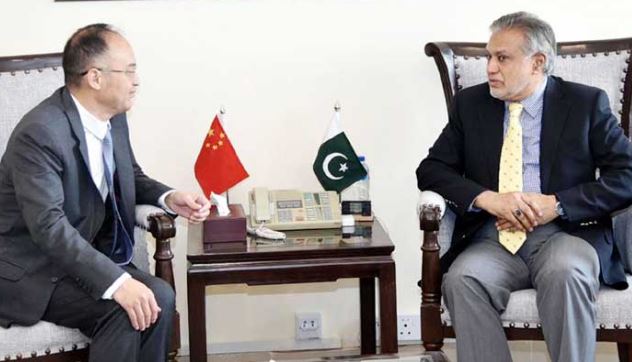 ISLAMABAD, OCT 1: In a bid to materialise financing requirements under the IMF programme, Finance Minister Ishaq Dar has sought the support of the Chinese ambassador for securing the rollover of State Administration of Foreign Exchange (SAFE) deposits of $2 billion due in March 2023.

As per the IMF’s condition, Pakistan will have to secure a rollover of $2 billion in SAFE deposits for the current fiscal year.

The development came after US Secretary of State Antony Blinken called on Pakistan to seek debt relief from its close partner China in view of the countrywide cataclysmic floods.

Blinken made the remarks after talks in Washington with Foreign Minister Bilawal Bhutto Zardari on September 16. According to an official statement issued by the Ministry of Finance, Chinese ambassador Nong Rong called on Finance Minister Ishaq Dar here at the Finance Division on Friday.

He apprised the ambassador of the damages caused by the unprecedented floods in Pakistan affecting the infrastructure, agriculture, lives and properties and cost to the economy at large.

He also appreciated the support extended by the Chinese leadership in the refinancing of the syndicate facility of RMB 15 billion ($2.24 billion) to Pakistan and further sought the support of the ambassador in facilitating the rollover of SAFE China deposits of $2 billion in March 2023.