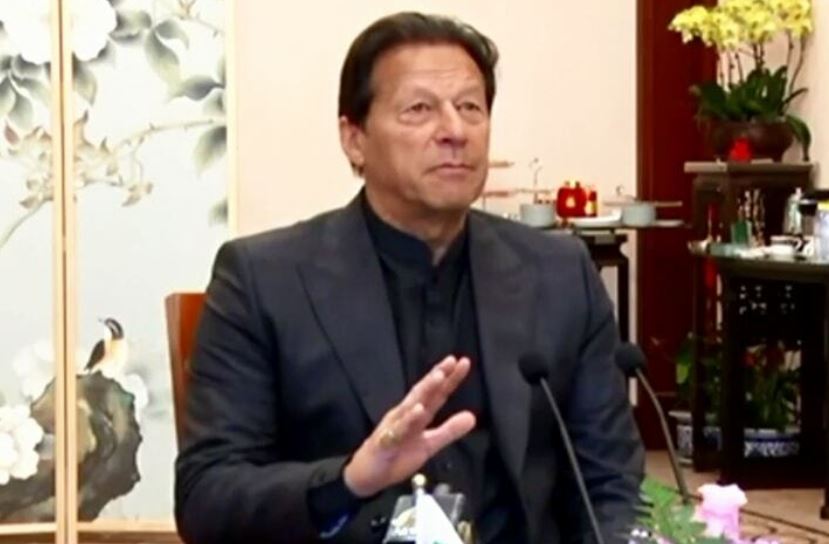 Prime Minister Imran Khan has said that Pakistan wanted to play the role of bringing together the United States and China because “another Cold War” would not benefit anyone.

He expressed these views during an interview with China Global Television Network that was filmed during his recent trip to Beijing to attend the opening ceremony of the 2022 Winter Olympics. The interview was aired with Urdu subtitles on Tuesday. During the interview, the premier was questioned about Pakistan’s relations with China and the United States to which he replied that the world did not need “another Cold War”.

“The world should not go through a situation where it is divided into two camps, it does not benefit anyone. In fact, everyone suffers,” he said, adding that people benefit when there is cooperation between countries.

He went on to say that Pakistan wanted to play the role that it had played in the 1970s, when it was “instrumental” in bringing the two countries together.

“The famous visit of Dr Henry Kissinger was organised by Pakistan,” he said, referring to the former US state secretary’s visit from Islamabad to Beijing in 1971.

“So we hope to play that role,” the premier said, noting that Pakistan had “good relations with the US and an iron-brother relationship with China”.

PM Imran expressed the hope that the world would not see another Cold War-like situation where Pakistan would have to choose sides.

He said Pakistan’s 220 million people were his priority.

“The only way I will get my people out of poverty is if we have economic well-being, which comes with stability and peace. If you have conflicts, the first thing that gets affected is your economy and that’s the last thing we want.”