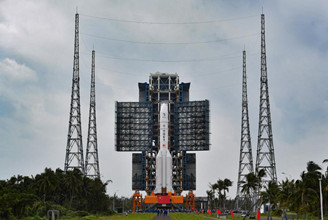 The Online literature is a distinguished form of literature which has prevailed in China in the past 15 years.

As online literature booming in the Chinese market, Webnovel (webnovel.com), a cross-platform Internet service aiming to bring online literature to the world, was launched by Tencent’s China Literature Group in Apr 2018.

Most of them are original authors from BRI countries, including Pakistan, Singapore, Philippines and Bangladesh and so on.

At the same time, China has exported more than 10,000 Chinese online literature works to more than 40 BRI countries.

Almas started her writing career in Dec 2018, “In the past two years, my novels have become very popular, and one of them has been read more than ten million times on Webnovel,” she said.

“Webnovel has changed my life completely. I not only got a platform to share my stories, but also found a way to communicate with my readers from around the world. Webnovel enabled me to be financially independent and realize my dream,” she added.

She also believed that online literature is a new way for communication between Pakistan and China. “People from Pakistan can understand Chinese culture better through thousands of stories. Webnovel has provided a good stage for Pakistanis to realize our dream.”

Cheng Wu, CEO of China Literature Group, Vice President of Tencent Group and CEO of Tencent Pictures, said that with the convenience of the Internet, online literature, due to its huge user base, rich themes and interactive co-creation, has endowed cultural communication with a bigger stage and richer connotations.

Yan Feng, professor at Fudan University, believes that online literature is a new cultural form embryo for mankind in the future.

Through online literature, people create a universe, a new world and an imaginary community, which goes beyond the limit of time and space, he added.