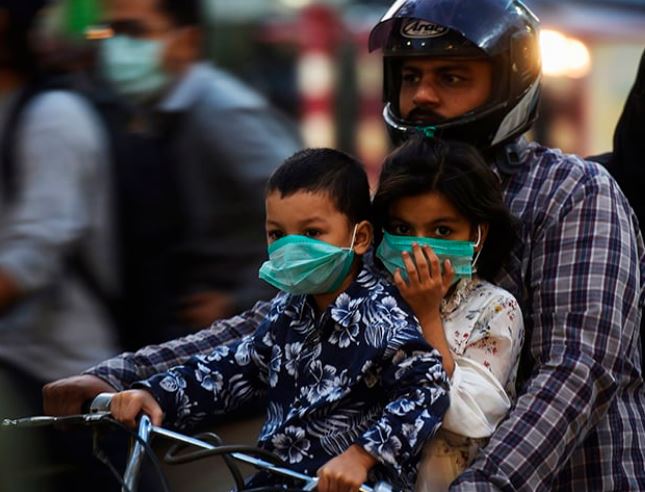 ISLAMABAD – Pakistan reported more than 1,000 cases of Covid-19 for the first time since July on October 29, it emerged on Friday.

In a statement, the National Command and Operation Centre (NCOC) said 1,078 people tested positive for the virus on Thursday while 20 others died of the respiratory illness.

According to data collected by Dawn.com, Pakistan last reported more than a thousand cases on July 29 when 1,074 infections were recorded.

In a press release issued today, the NCOC said Pakistan currently has 11,864 active cases while 32,933 tests were conducted on Thursday.

“So far 313,527 people have recovered across the country making it a significant count,” the statement said. It added that out of 1,884 ventilators allocated for Covid-19 patients, 98 were currently occupied. “There is no patient on a ventilator in GB and Balochistan,” it said.

There are 753 hospitals with Covid-19 facilities with 808 patients admitted across the country, the statement said.

Pakistan has witnessed an uptick in the Covid-19 positivity ratio in recent days. A day earlier, Minister for Planning, Development and Special Initiatives Asad Umar said the national positivity rate had exceeded three per cent after more than 70 days.

Punjab Health Minister Dr Yasmin Rashid also urged the nation to wear face masks and practice social distancing to curb the spread of the virus. “If standard operating procedures [SOPs] are not followed, I’m afraid we will have to resort to stricter measures,” she warned.

Earlier this week, the NCOC announ­ced a schedule for commercial and social activities in 11 cities most vulnerable to the virus. These cities include Karachi, Lahore, Islamabad, Rawalpindi, Multan, Hyderabad, Gilgit, Muzaffarabad, Mirpur, Peshawar and Quetta.

Commercial activities — markets, shopping malls, marriage halls and restaurants — will be closed at 10pm and amusement/public parks at 6pm daily. Wearing a mask has been made mandatory at public places while a fine of Rs6,000 to Rs35,000 and a punishment of six-month imprisonment will be slapped on violators.

Meanwhile, Special Assistant to the Prime Minister (SAPM) on Health Dr Faisal Sultan formally announced on Tuesday that the second wave of the virus has started in the country. Dr Sultan said the public was not following SOPs to the extent necessary for curbing the spread of the virus.