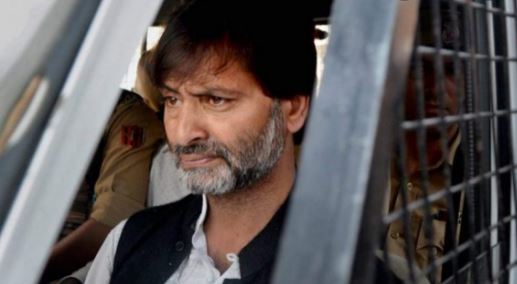 ISLAMABAD: Participants of a seminar condemned the life imprisonment sentence awarded to Yasin Malik by an Indian court. They were speaking at the seminar titled “Yasin Malik: Kashmiri Freedom Fighter or a Terrorist?” organized by the Institute of Regional Studies (IRS) here on Wednesday.

Terming the charges against Malik fabricated and fictitious, the participants of the seminar called for his immediate release from prison. They reiterated that India could not silence Kashmiris through such tactics.

Dr Mujahid Gilani, the nephew of the jailed Kashmiri freedom fighter Asiya Andrabi, called for greater appreciation of Kashmir as an occupied territory where a resistance movement against the illegal occupation was ongoing. He termed the Indian courts instruments of Indian occupation and added that there was a complete lack of faith in all Indian institutions among the population of the Indian Illegally Occupied Jammu and Kashmir (IIOJK). Gilani expressed his fear that the pending cases of other jailed Kashmiri freedom fighters could also be decided in a similar sham manner. He added that the resolve of the Kashmiris to resist Indian occupation would be strengthened with the sentence.

Advocate Aamir Raza shed light on the legal aspects of the sentence. Terming the sentence illegal, he shared that it was the harshest sentence the court could award for his alleged crimes. He regretted the fact that Pakistan could not take the matter to the International Court of Justice because of lack of jurisdiction. Therefore, he urged the supporters of Yasin Malik to submit an appeal against the decision in the High Court because that was the only legal recourse available to them.

Former AJK minister Ms Farzana Yaqoob shared that all Kashmiri freedom fighters and activists were either in jails or put under house arrest by the Indian government. She added that what has started to happen against Muslims in India was happening in Kashmir for a very long time but the world neither listened nor cared. She further stated that the blasphemous statement of Nupur Sharma that recently made international headlines was only a symptom of the hatred to Hindu extremists against Muslims and Islam.