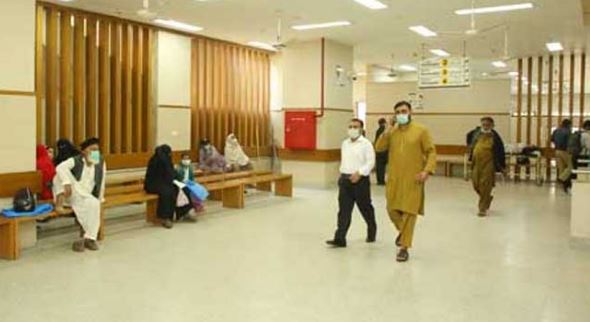 KARACHI: Following the medical staff’s strike across government hospitals in Sindh, patients remain stranded, while OPDs and operation theaters remain shut making access to healthcare difficult for public and adding to their misery.

As a result of the strike, the province’s largest government health facility in Karachi the Civil Hospital is deserted and its operation theaters are also empty.

The hospital has gathered a mound of garbage with its sanitary staff refusing to work. While sanitation has also been poor in Jinnah Postgraduate Medical Centre (JPMC), National Institute of Child Health (NICH), Lyari General Hospital, and other medical establishments of the government.

OPDs remain closed in all of Karachi’s biggest hospitals for the past several days, which has forced poor patients and their families to seek treatment in expensive private healthcare facilities.

The situation is similar in other cities including Hyderabad, Nawabshah, Larkana, and Jacobabad where hospitals’ medical staff remains on strike following which patients rushing toward private hospitals, medical centres and clinics.

It should be noted that protests for the closure of health risk allowance are ongoing across government hospitals in Sindh on behalf of the Grand Health Alliance.

Demonstrations are being held by young doctors, nurses, paramedical, and sanitary staff. The protestors have resolved to continue strike until their demands are met.

Nursing leader Shahid Iqbal said that all the government medical staff has been protesting for the last 25 days across Sindh and have not been performing any duties except for working in the emergency. Iqbal demanded the provision of health risk allowance.

Patients, meanwhile, have demanded the protesting medical staff to end their strike and provided treatment across government hospitals in the province.