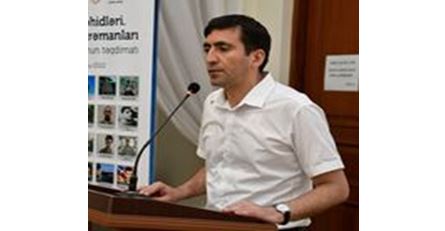 In September-November years of 2020, as a result of the unity of the Azerbaijani people and the bravery of our army, the process of liberating our lands from occupation began. The recognition of our compatriots who participated in the Patriotic War and the display of various materials related to our martyred heroes to the Azerbaijani public showed its relevance. On this occasion, the National Museum of HistoryAzerbaijan (Baku city, Haji Zeynalabdin Tagiyev Street -4) started collecting materials belonging to our martyrs.

In this regard, the Scientific Council of the museum made an important decision on the creation of a new fund for the collection, preservation, study and promotion of these materials that reflect our historical victory in the museum. On this occasion, the Patriotic War Fund was established at National Museum of History of Azerbaijanin January 2021.

The main purpose of creating the fund is to organize exhibitions based on items, documents and materials belonging to our compatriots who died in the Patriotic War, to permanently preserve those materials, to involve them in scientific research processes and to prepare other publications. It is also possible to shoot documentaries and television programs based on the stock materials in the future. In addition, the fact that local and foreign visitors to our museum visit the exhibition dedicated to our martyrs and the Patriotic War also shows the importance of the fund’s materials.

The fund includes the materials of the First Karabakh War, the martyrs of the April 2016 battles, those who died for the Tovuz region in July 2020, and more than 250 martyrs who lost their lives in the 44-day Patriotic War, and this process is ongoing.

In the Patriotic War Fund, the military uniforms of our martyrs (headgear, kitel, pants, military boots, etc.), color copies of the honorary decrees, letters of thanks, medals and diplomas they received, as well as personal belongings (watch, bracelet, compass, lighter, rosary, wallet, etc.) are handed over once by the relatives of our martyrs. Among the materials included in the fund are the military education and training years of our martyrs, as well as photos related to the war path.

Among those exhibits are photos and certificates taken from the military training and courses of Azerbaijani servicemen in Turkey, Pakistan and other countries.

On the basis of the mentioned exhibits, an exhibition called “Karabakh is always the mother of dreams” was organized at the National Museum of History of Azerbaijan from May 2021 to February 2022. In total, the personal belongings of 205 martyrs and 10 veterans were displayed at that exhibition. In addition to the exhibits, this exhibition, which consisted of 30 showcases, included 12 information panels, 7 large-scale banners, and 58 pieces of military booty captured by our army from Armenians.

This exhibition was visited by local citizens as well as foreign tourists. followed. Among the foreign visitors, tourists from Pakistan were the majority.

Based on the fund materials, scientific articles were written, reports were made at international conferences, interviews were given to local television channels, websites and newspapers.

Each of these materials are extremely valuable exhibits and will be displayed in future exhibitions.