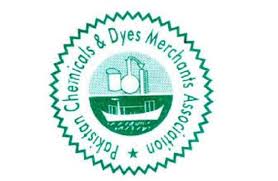 Karachi: Mirza Nadeem Baig, Chairman Pakistan Chemicals & Dyes Merchants’ Association (PCDMA), has expressed grave concern over non-implementation of the FBR budget anomalies committee’s decision to allow commercial importers to pay 2pc income tax on imported raw materials and demanded FBR chairman to immediate implementation of the recommendations of the anomalies committee and include the raw materials of chemicals & dyes in part2 instead of part3, so that commercial importers can be saved from serious financial losses.

In an appeal to FBR chairman, Mirza Nadeem Baig said that in the federal budget 2020-21, many raw materials of chemicals & dyes have been included in part 2 (raw material) to part 3 i.e. finished goods and the income tax rate has gone up from 2pc to 5.5pc, which has increased the cost of doing business.

“After the PCDMA efforts, FBR had issued a notification, according to which the matter of the inclusion of the raw material of chemicals & dyes from Part 2 (raw material) to Part 3 (finished goods) had been handed over to the budget anomalies committee and until the committee decides, commercial importers would have to pay 2pc income tax instead of 5.5pc, While under section 81, a pay order of 3.5pc has to be submitted which will be returned after the decision is taken and pay orders will not be cash”, he pointed out.

Chairman PCDMA added that more than 2 months have elapsed but so far implementation of approval of 2pc income tax on raw materials of chemicals & dyes has not been ensured.