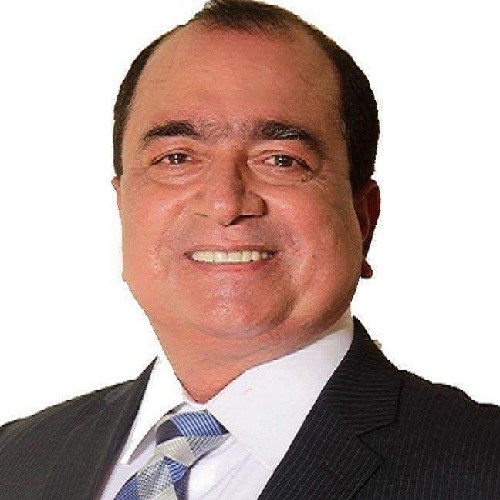 The world has seen how a chaiwala, Narendra Damodard as Modi, gradually climbed the ladder of political hierarchy in India to become the 14th prime minister in 2014. Born and raised in Vadnagar, a small town in northeastern Gujarat, he succeeded to become the Chief Minister of Gujarat from 2001 to 2014. He is the Member of Parliament for Varanasi, and a member of the Bharatiya Janata Party (BJP) and of the Rashtriya Swayamsevak Sangh (RSS), a Hindu nationalist paramilitary volunteer organisation. He is the first prime minister born after India’s independence, the second non-Congress one to win two consecutive terms after Atal Bihari Vajpayee and the first from outside the Congress to win both terms with a majority in the Lok Sabha.

The rise of BJP and RSS is based on Hindutva that can be described in simple words as ‘the India is only for Hindus’. The gradual rise and growth of the concept has tarnished the Indian image as one of the biggest secular democracies. Perhaps, it does not make any difference to PM Modi, BJP and RSS but it does have an impact on the lives of millions living in the region, and the peace in South Asia. Who would disagree with the notion that it ultimately has an impact on the Asian continent and the globe?

In the recent decade, we have seen decline of human rights in many parts of India that gave a rise and intensity to the separatist movements. India is also evidently blamed for the insurgencies in Balochistan and northern parts of Khyber Pakhtunkhwa in Pakistan. Other neighbouring countries are also consistently raising voice against Indian fiddling in their territories, social and political systems. What else could be the worst form of human rights violation and India state terrorism in Illegally Indian Occupied Jammu and Kashmir (IIOJ&K) that has change their legal status and intense rise in the humanitarian crisis since August 5, 2019? It would have served the purpose of the peaking up Hindutva but what about the human rights, one of the basic responsibility of the state.

Prime Minister Modi’s administration has tried to raise foreign direct investment in the Indian economy and reduced spending on healthcare and social welfare programmes. In the garb to improve efficiency in the Indian bureaucracy, he has centralised the power by abolishing the Planning Commission. This policy has deprived many anti-BJP states and cities of their rightful budget for their development plans. It is commonly termed that under Modi’s tenure, India has experienced democratic backsliding.

Following BJP’s victory in the 2019 general election, his administration revoked the special status of Jammu and Kashmir. His administration also introduced the Citizenship Amendment Act, which resulted in widespread protests across the country. Described as engineering a political realignment towards right-wing politics, Modi remains a figure of controversy domestically and internationally over his Hindu nationalist beliefs and his alleged role during the 2002 Gujarat riots, cited as evidence of an exclusionary social agenda.

South Asian Association of Regional Cooperation (SAARC) is dormant for years just because of the Indian hegemonic approach. About 2 billion people are suffering from poverty, hunger and impacts of climate change. Spending on defense security has increased multifold because of the strategic conflicts while human security is not on the priority of the regional agenda. It is just because the Indian government sabotaged the SAARC platform, its summits and the action plans for the regional cooperation for development, peace and economic prosperity.

No one can challenge or change the reality that one day we all have to die with the maturity of our lives. The question is how we want to be known as after death. Same is my question to Prime Minister Modi. Sir, you know what havoc you have done to your own state and people, and to the part of Kashmir you occupied, and to the region after making the SAARC dormant.

You started off as the public advocate of basic rights to the people of your native village and surroundings, and then to your present approach. Fine, you have achieved a global galore whatever it is. If I may dare to ask Prime Minister Modi that if he would like to be remembered as a rigid and extremist Hindu or a more humane leader after he would be no more?

After getting historic blames of deepening and widening cracks within his own country – India, and global criticism and defame by peaking up state terrorism in Illegally Indian Occupied Jammu and Kashmir (IIOJ&K), Prime Minister Narendra Modi still have an unrivalled historic opportunity to add a golden feather in his crown and global appreciation by reactivating SAARC and maturing comprehensive and inclusive frameworks to ensure human rights situation within his own country, his part of Kashmir and in the neighborhood, by a framework to resolve conflicts and eliminate terrorism and militancy, by initiating poverty alleviation action plan and larger economic framework, and by all inclusive regional climate action agenda. We all together can make the region a peaceful and prosperous piece of land on the map.

The writer is a freelance journalist and broadcaster, Director Dev com-Pakistan, a policy advocacy and outreach think tank in Islamabad. His email: devcom.pakistan@gmail.com Twitter Handle: @EmmayeSyed