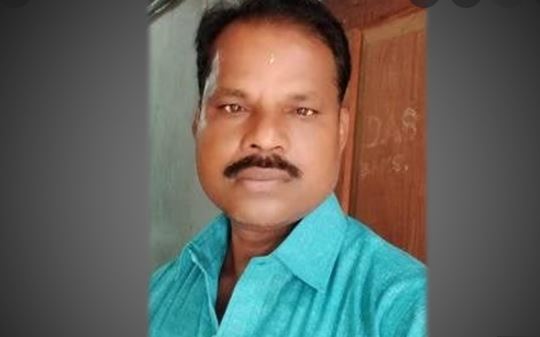 Geneva: FEB 6 /DNA/ – Press Emblem Campaign (PEC), the global media safety and rights body, mourns the demise of a promising Indian scribe in a landmine blast, planted by left-wing rebels in Kalahandi locality of Odisha province. A native of Mohangiri village under Madanpur Rampur area, Rohit Kumar Biswal (40) stepped on the mine on 5 February 2022 and died on the spot.
Rohit used to work for an Oriya daily (Dharitri) and he went to report about the posters of ultra-left extremists (belonging to outlawed Communist Party of India-Maoist), which were put on trees near to Karlakhunta bridge asking the people to boycott the forthcoming local (Panchayat) elections scheduled for different phases in 16-24 February next.
Odisha government chief Naveen Patnaik expressed grief over Rohit’s death and announced Indian rupees 1.3 million compensation to the bereaved family. Asserting that there is no place of violence in democracy, Patnaik assured that the government would take necessary actions against the perpetrators under the law.
“We express profound grief over the demise of Rohit Kumar Biswal, who died in the line of duty as a reporter. After 12 journo-casualties in January, where Mexico was at the top with the murder of four scribes, followed by Pakistan, Haiti, Kazakhstan, Myanmar,  Honduras and Philippines, India has added one more in the beginning of this year’s second month,” said Blaise Lempen, PEC secretary-general (www.pressemblem.ch).
The bygone year witnessed the killing of 79 media employees by assailants in 29 countries, where Afghanistan came out as the most dangerous country for journalists with 12 casualties, followed by Mexico (10 dead), Pakistan (7), India (6), the Philippines, Yemen (4 each), Democratic Republic of Congo (3), Myanmar, Bangladesh, Brazil, Colombia, Kenya, Nigeria, Somalia, Azerbaijan, Ethiopia, Burkina-Faso, Turkey (2 each), etc.