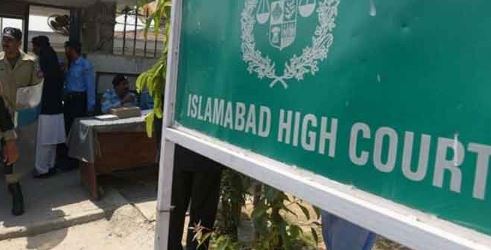 The Islamabad High Court (IHC) has rescinded the Pakistan Electronic Crimes Act (PECA) Amendment Ordinance, which included new regulations to prosecute journalists. The International Federation of Journalists (IFJ) and its Pakistan affiliate, the Pakistan Federal Union of Journalists (PFUJ), have welcomed the court’s decision to overturn the PECA Amendment Ordinance and congratulate Pakistan’s media on this historic victory.

Similarly the All Pakistan Newspapers Society (APNS) and other media bodies have also welcomed the decision and termed it a victory for the freedom of the press. On April 8, the PECA Ordinance, originally issued in February 2022, was deemed ’unconstitutional’ by the IHC. Justice Athar Minallah, Chief Justice of the IHC, stated that the ordinance breaches Article 19 of the Constitution, which ensures the right to freedom of speech, as well as Articles 9 and 14.

The four-page order stated that free speech, protected under Article 19 of the Constitution, and the right to receive information, protected under Article 19-A of the Constitution, are essential for a society’s development, progress, and prosperity, and that their suppression under the PECA ordinance was unconstitutional and contrary to democratic values. “The criminalisation of defamation, protection of individual reputations through arrest and imprisonment and the resultant chilling effect violates the letter of the Constitution and the invalidity thereof is beyond a reasonable doubt”, the ruling stated.

“The Prevention of Electronic Crimes (Amendment) Ordinance, 2022, and promulgation thereof is declared as unconstitutional, invalid beyond reasonable doubt and it is, therefore, struck down”, the court added.  The court also ordered the Interior Ministry to investigate the actions of officers from the Federal Investigation Agency’s Cyber Crime Wing, which had resulted in widespread abuse of power and significant infringement of individuals’ fundamental rights.

The court’s verdict has been widely welcomed by media stakeholders.  The IFJ said: “This landmark overturning of the PECA Ordinance is a significant step toward restoring freedom of expression and press in Pakistan. However, there is dire need to increase efforts to ensure that all Pakistani journalists and media workers enjoy unfettered independence. Long-term democracy and the rule of law require a free, independent, and responsible media.”

The previous PTI government led by Imran Khan spoiled its relations with the media from the outset. It tried to muzzle the press through coercive means. The then Information Minister Fawad Chaudhry during his first stint as the minister tried to damage the print media. According to him the future belonged to the digital media therefore there was no need to have newspapers anymore. This approach created disenchantment and disappointment among the media practitioners. The news agencies used to get some sort of financial support from the government in order to subsidize their expenses but the PTI government soon after coming to power was done away with that subsidy. The amount in question was peanuts but as a matter of fact hundreds of families were being fed because of that grant.

Then the government tried to introduce Pakistan Media Development Authority (PMDA), which was an attempt to control the electronic media. Huge fines and corporal punishments were recommended in that law. But due to colossal opposition from the media stakeholders the government had to withdraw the law.

Then came this PECA law. It was basically meant to regulate social media. The government this time implemented the law by shelving the concerns of the media stakeholders and the political parties. The battle was then taken to the courts and finally the Islamabad High Court declared the law null and void and hence the media fraternity heaved a sigh of relief. But in the meantime relations between the government and the media houses became extremely tense.

It is hoped that the incumbent government would do its best to address genuine issues of the media industry. At the same time, it would avoid indulging in futile exercise of enacting laws seeking to curb the freedom of the press.