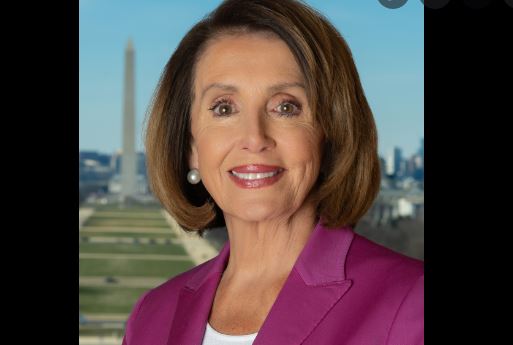 House Speaker Nancy Pelosi’s swing through Asia aimed to convey the US’s “strong and unshakable” support for the region. It ended up leaving many countries in stunned silence as China conducted unprecedented military drills around Taiwan.

The shockwaves from the highest-level US visit to Taiwan in a quarter century are still reverberating around the region days after she flew back to Washington. China’s military has extended exercises designed to show an ability to encircle the island and cut off the Taiwan Strait, one of the world’s busiest trade routes, days after launching missiles that likely flew over Taipei and into waters Japan claims as an exclusive economic zone.

U.S sought condemnation from countries over China’s exercises. But many governments also saw Pelosi’s visit as a step too far — and they don’t want to get caught in the middle.

Wang Yi pointed out that the one-China principle is the overwhelming consensus of the international community, the political foundation for China’s relations with other countries, the core of China’s core interests, and a red line and bottom line that cannot be crossed. Some people in the United States keep challenging China’s sovereignty on the Taiwan question, hollowing out the one-China policy, and even deliberately creating trouble in the Taiwan Strait. The Chinese people will never accept such moves, and the international community will also sniff at such unwarranted provocation.

Wang Yi said that, during his visit, the leaders of relevant countries clearly expressed their firm commitment to the one-China policy at the meetings and talks. They all believed that Taiwan is an inalienable part of China’s territory and opposed external interference in China’s internal affairs on the Taiwan question. This once again shows that the one-China principle is the prevailing trend with overwhelming public support in the international community.

Wang Yi stressed that the U.S. side’s act in bad faith on the Taiwan question is despicable and will only further bankrupt the United States’ national credibility.

Noting that Pelosi risks universal condemnation to deliberately provoke and play with fire, Xie said that this is a serious violation of the one-China principle and the three China-U.S. joint communiques.

It has a severe impact on the political foundation of China-U.S. relations, and seriously infringes on China’s sovereignty and territorial integrity, Xie said, adding that it gravely undermines peace and stability across the Taiwan Strait, and sends a seriously wrong signal to the separatist forces for “Taiwan independence.”

“The move is extremely egregious in nature and the consequences are extremely serious. China will not sit idly by,” Xie noted.

Xie said the U.S. government must be held accountable. For a while, the U.S. has said one thing and done another thing, constantly distorted and hollowed out the one-China principle.

It deleted the key expressions such as Taiwan is part of China from the U.S. State Department website, put Taiwan in its so-called “Indo-Pacific strategy”, openly upgraded its ties with Taiwan and increased arms sales to the region and supported separatist activities for “Taiwan independence,” according to Xie.