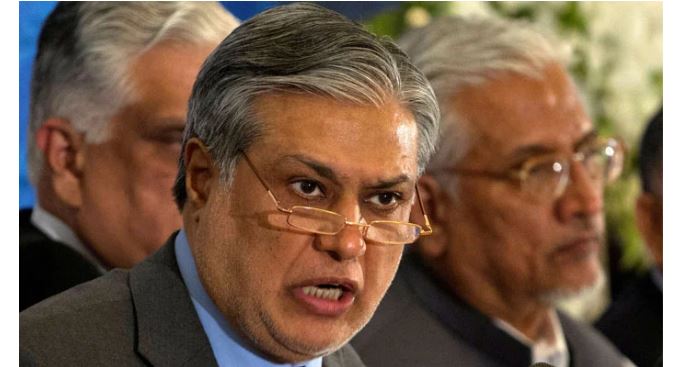 ISLAMABAD: Finance Minister Ishaq Dar shared on Tuesday that he has received the interim report related to the leak of Army chief General Qamar Javed Bajwa’s income tax records, adding that they have traced some people involved in the act.

“I have seen the interim report. I hope to receive the final report today,” Dar told the host. He added that the government has found a few people behind the leak and the issue will reach its logical conclusion.

The finance czar shared that one person involved in the leak is from Lahore and another from Rawalpindi.

However, he added that there is a possibility that some of the individuals involved may have the authorisation to look at the income tax records as there a “circle” in Rawalpindi where assessments take place.

“These people are authorised to access [data] for their assessment,” said Dar.

The finance minister was of the view that if “illegal work” is allowed or a blind eye is turned towards it then a person will not be fulfilling their duty.

“The law does not allow the release of army chief or anyone else’s income tax returns without a court order,” said the finance minister.

“This is clearly a violation of the complete confidentiality of tax information that the law provides,” a statement from the Finance Division read. An immediate investigation into the violation of tax law and breach of Federal Board of Revenue (FBR) data will be carried out, said the statement.

In view of this serious lapse on the part of to-date unknown functionaries, Dar had directed Special Assistant to the Prime Minister on Revenue Tariq Mehmood Pasha to personally lead the probe, affix responsibility, and submit a report within 24 hours, it added.